God gave us enough evidence to the divinity of Jesus Christ in both the Old and New testaments. Let’s examine the proofs:
1-Holy OT prophets stated that Jesus is God .
They reveal that He is as the Eternal Creator and not a mere created being (John 1:1–4). He is God the Son (Romans 9:5; Jude 25; John 20:27, 28; Revelation 1:8; Micah 5:2; Revelation 17:14; Hebrews 1:3; John 1:1-3; Matthew 1:23).
2-Jesus Himself claimed divinity.
Christ is the only Person known to history who has claimed divinity and yet accounted sane by the human race. The founders of other religious systems did not claim to be divine. Christ spoke and lived as a Being whose dwelling place was eternity. Further, Jesus both forgave sins (Luke 7:48; Mark 2:5) and accepted worship (Matthew 2:11; Matthew 14:33) which are prerogatives of God alone.
3-Bible prophecies predicted hundreds of years before His coming that Jesus will be divine.
“For unto us a child is born, unto us a son is given: and the government shall be upon his shoulder: and his name shall be called Wonderful, Counsellor, The mighty God, The everlasting Father, The Prince of Peace” (Isaiah 9:6).
4-Jesus lived a sinless life.
Our Lord is different from any other man that ever lived in that He was sinless “He committed no sin, neither was deceit found in his mouth” (1 Peter 2:22). Even His enemies testified to that fact (Matthew 27:54). Could one flaw be found in His life, Christ’s claims would be dissipated.
5-Jesus did mighty supernatural miracles like no other man.
He healed all sickness (Luke 5:15-26), He fed thousands of people (Luke 9:12-17), He cast out demons (Luke 4:33-37), He raised the dead (Luke 7:11-16), and He had authority over nature (Luke 8:22-25). He said, “‘Do not believe me unless I do what my Father does. But if I do it, even though you do not believe me, believe the miracles, that you may know and understand that the Father is in me, and I in the Father’” (John 10:24-38).
6-Jesus Christ must be Divine because His One life was able to redeem all humanity.
Only the Creator’s life (Colossians 1:16) can atone for the lives of His created beings. If Jesus was only a human, His death could redeem only one life – a life for life (Exodus 21:23).
7-Jesus resurrected Himself from the dead.
“The Son Himself lays down His life and takes it up again”  (John 10:17-18). And after His resurrection, He appeared to hundreds who testified that Jesus did indeed rise from the dead (Luke 24:13-47). If this was not true, those who saw Him will not be willing to be martyred for their testimony – no one would be willing to be persecuted and lose his life for a lie.
By fulfilling Old Testament prophecies, having sinless life, performing great miracles, sacrificing His life death, and resurrecting from the dead, Jesus proved that He was indeed God’s Son in the flesh. No other man claimed such claims and substantiated his claims with such deeds. 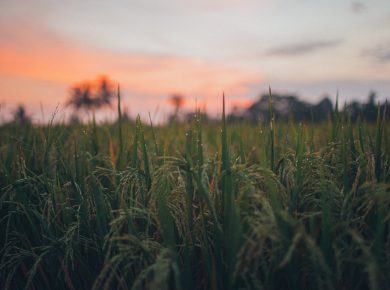 This answer is also available in: हिन्दीChrist the firstfruits The Lord commanded the ancient Israelites to present the first sheaf of the barley harvest to the priest. Then, the priest… 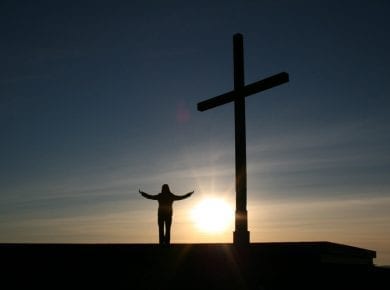 This answer is also available in: हिन्दीJesus died for you that you might have eternal life (John 1:12).  God created man perfect, in His own image and likeness (Gen. 1:27;…