Michael the Archangel and his identity have been a controversial topic among various religious groups for many years. It is a topic that is also often misunderstood. He is mentioned in the Torah, Bible, and even the Quran.

“For unto which of the angels said he at any time, Thou art my Son, this day have I begotten thee? And again, I will be to him a Father, and he shall be to me a Son?…  But unto the Son he saith, Thy throne, O God, is for ever and ever: a sceptre of righteousness is the sceptre of thy kingdom” (Hebrews 1:5, 8). Thus, Jesus cannot be a mere angel and should never be referred to as one.

This begs the question, is Michael an angel or something more?

Michael is mentioned in both the Old and New Testament. The name Michael means, “who is like God.” Thus, it is believed that Michael the Archangel a name for Jesus, the Son of God, when He assumes the role of the chief of the army of heaven.
This is because Jesus is given many names in the Bible. He is called the Lion of the Tribe of Judah, the Root of David (Revelation 5:5, 6), the Lamb of God (John 1:29, 36), Wonderful, Counsellor, The mighty God, The everlasting Father, The Prince of Peace (Isaiah 9:6), King of kings and Lord of lords (Revelation 17:14; 19:15-16). These are just to name a few.
Therefore, the study of Scripture must be examined in regards to this idea. Based on the functions and attributes stated of Michael in the Bible, it will be determined if this idea is biblical or not.

Michael fights the devil with his angels

“And there was war in heaven: Michael and his angels fought against the dragon; and the dragon fought and his angels, And prevailed not; neither was their place found any more in heaven. And the great dragon was cast out, that old serpent, called the Devil, and Satan, which deceiveth the whole world: he was cast out into the earth, and his angels were cast out with him” (Revelation 12:7-9).

Michael is said to fight the devil with His angels. Jesus also has charge of the angels. “When the Son of man shall come in his glory, and all the holy angels with him, then shall he sit upon the throne of his glory:” (Matthew 25:31). See also (Luke 12:8-9).

The captain of the host of the Lord could arguably be Michael, as he fights with his angels as previously mentioned (Revelation 12:7).

The Bible tells us that Michael is called the Great Prince. “And at that time shall Michael stand up, the great prince which standeth for the children of thy people: and there shall be a time of trouble, such as never was since there was a nation even to that same time: and at that time thy people shall be delivered, every one that shall be found written in the book” (Daniel 12:1).

Michael is also called a prince in a verse prior. “But the prince of the kingdom of Persia withstood me one and twenty days: but, lo, Michael, one of the chief princes, came to help me; and I remained there with the kings of Persia” (Daniel 10:13). While the Bible translators stated “one of the chief princes” the original Hebrew translates this verse from three words “‘echad” meaning one, “ri’shown” meaning first or chief and “sar” meaning prince. Thus, the words “of the” were added by the translators. The literal phrase in Hebrew was “Michael one chief prince,” which is congruent with the first verse calling Michael the (singular) great prince.

The action that Michael takes in this passage is that of one who stands up for God’s people. This is an act of intercession. In the Bible, Jesus is described as the Intercessor (Romans 8:34; Hebrews 7:25). Jesus is also called a Prince. “The God of our fathers raised up Jesus, whom ye slew and hanged on a tree.Him hath God exalted with his right hand to be a Prince and a Saviour, for to give repentance to Israel, and forgiveness of sins” (Acts 5:30-31). See also Acts 3:15 and Isaiah 9:6.

The Bible gives evidence that Michael the Archangel is more than a mere angel. It appears that the roles and functions of Michael are similar to those of Jesus.

Also, it is noted that Bible commentators like Matthew Henry and others believe that Michael was one of the pre-incarnate ways that Jesus appeared to humans.

When studying a part of God’s word that may seem obscure, we must look at all available Scripture to come to a conclusion. Based on the evidence, it appears that there is enough to consider Michael as having attributes that are congruent with Jesus. Therefore, this conclusion should only be accepted as one is convicted by God’s Word and based on Scripture. It is up to the reader to interpret and decide. 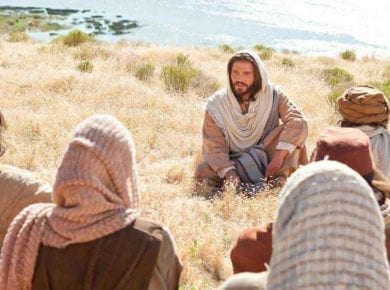 This answer is also available in: हिन्दीJesus referred to Himself as the “son of man” over 85 times in the New Testament. This was a direct quotation to the prophecy…
View Answer 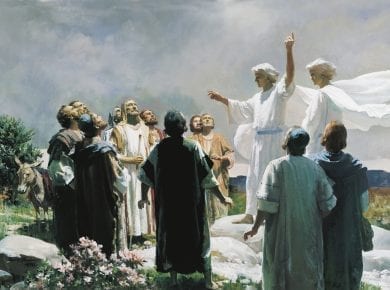 Table of Contents Forty DaysNeed for Affirmation and ReconciliationMany Unknown ThingsFinal Instruction This answer is also available in: हिन्दी“To whom also He shewed himself alive after His passion by many…
View Answer