In every cell there is the nucleus that contains the chromosomes that are microscopically small and carries the genes. Within the chromosomes is an even smaller structure called DNA which is a super-molecule that stores coded hereditary information. The DNA consists of two long “chains” of chemical “building blocks” paired together.

In humans, the strands of DNA are almost 2 yards long, yet less than a trillionth of an inch thick. It is like a computer program. A single strand of DNA is thousands of times thinner than a strand of human hair. One pinhead of DNA could hold enough information to fill a stack of books stretching from the earth to the moon 500 times.

Many scientists are convinced that cells containing such a complex code could never have come into being by chance. No matter how chemicals are mixed, they do not create DNA spirals or any intelligent code whatsoever. Here are some references that support that:

The scientists Fred Hoyle and N. Chandra Wickramasinghe calculated the odds of life forming by natural processes. They estimated that there is less than 1 chance in 10 to the 40,000power that life could have originated by random trials. 10 to the 40,000power is a 1 with 40,000 zeros after it!

“…life cannot have had a random beginning…The trouble is that there are about two thousand enzymes, and the chance of obtaining them all in a random trial is only one part in 10 to the 40,000power, an outrageously small probability that could not be faced even if the whole universe consisted of organic soup. If one is not prejudiced either by social beliefs or by a scientific training into the conviction that life originated on the Earth, this simple calculation wipes the idea entirely out of court….The enormous information content of even the simplest living systems…cannot in our view be generated by what are often called “natural” processes…For life to have originated on the Earth it would be necessary that quite explicit instruction should have been provided for its assembly…There is no way in which we can expect to avoid the need for information, no way in which we can simply get by with a bigger and better organic soup, as we ourselves hoped might be possible a year or two ago.” Fred Hoyle and N. Chandra Wickramasinghe, Evolution from Space [Aldine House, 33 Welbeck Street, London W1M 8LX: J.M. Dent & Sons, 1981), p. 148, 24,150,30,31).
Chemist Dr. Grebe wrote: “That organic evolution could account for the complex forms of life in the past and the present has long since been abandoned by men who grasp the importance of the DNA genetic code.”

Researcher and mathematician I.L Cohen wrote: “At that moment, when the DNA/RNA system became understood, the debate between Evolutionists and Creationists should have come to a screeching halt…the implications of the DNA/RNA were obvious and clear….Mathematically speaking, based on probability concepts, there is no possibility that Evolution vs the mechanism that created the approximately 6,000,000 species of plants and animals we recognize today.”

Evolutionist Michael Denton wrote: “The complexity of the simplest known type of cell is so great that it is impossible to accept that such an object could have been thrown together suddenly by some kind of freakish, vastly improbable, event. Such an occurrence would be indistinguishable from a miracle.”

Dr Wilder-Smith wrote: “As a scientist, I am convinced that …The chemical workings of the cell are controlled by information which does not reside in the atoms and molecules of that cell. There is an author which transcends the material and the matter of which these strands are made. The author first of all conceived the information necessary to make a cell, then wrote it down… so that the cell builds itself from the information…”

Finally, researcher Sir Fred Hoyle said that supposing the first cell originated by chance is like believing “a tornado sweeping through a junk yard might assemble a Boeng 747 from the materials therein.”

Probabilities greatly favor those that believe in an intelligent design for originating DNA molecules.

The probability of life happening by chance is impossible! One chemist has calculated the immense odds against amino acids ever combining to form the necessary proteins by undirected means. He estimated…
View Answer 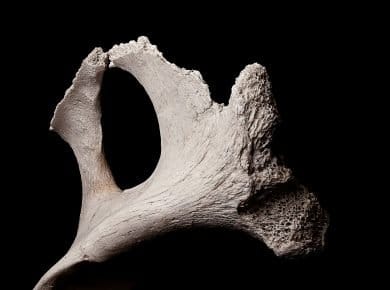 Carbon-14 is mostly used in carbon dating to date once-living things (organic material). Living organisms are continually integrating C-14 into their bodies from the cosmic rays in the atmosphere along…
View Answer