The only time that believers are permitted to test God is in the giving of tithes. The Bible says, “‘Bring the whole tithe into the storehouse, that there may be food in my house. Test me in this,’ says the Lord Almighty, ‘and see if I will not throw open the floodgates of heaven and pour out so much blessing that there will not be room enough to store it’” (Malachi 3:10). Testing here shows faith in God’s provisions for His children.

Any other testing that entertains doubt to God’s Words is considered sin “Do not put the Lord your God to the test as you did at Massah” (Deuteronomy 6:16). The Israelites tested God at Massah when there was no water and grumbled saying “‘Why did you bring us up out of Egypt to make us and our children and livestock die of thirst” (Exodus 17:3) Testing here showed doubt to God’s ability in providing for His children.

Jesus quoted Deuteronomy 6:16 in the wilderness, when meeting Satan’s temptations. “The devil took him to the holy city and had him stand on the highest point of the temple. ‘If you are the Son of God,’ he said, ‘throw yourself down. For it is written: “He will command his angels concerning you, and they will lift you up in their hands, so that you will not strike your foot against a stone.” Jesus answered him, ‘It is also written: “Do not put the Lord your God to the test”’” (Matthew 4:7—10). For Christ to have acceded to the suggestion would have demonstrated presumption rather than faith. Presumption is the counterfeit of faith. Jesus refused to test God in such a way. We are to accept God’s Word by faith, without testing and requiring a sign (Luke 11:29).

“Now faith is confidence in what we hope for and the assurance about what we do not see” (Hebrews 11:1). By faith, the Christian considers himself already in possession of what has been promised him. His utter confidence in the One who has made the promises leaves no uncertainty as to their fulfillment in due time. Faith thus enables a Christian not only to lay claim to promised blessings but to receive and to enjoy them now. 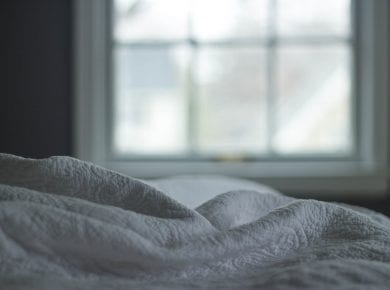 In the past, God revealed His will through dreams to His people. And at the end of time, He also promised, “I will pour out of my Spirit upon all…
View Answer

“In the beginning, God created the heavens and the earth” (Genesis 1:1). God was busy creating the universe before creating Earth. The Bible presents God as the Planner, Creator and…
View Answer