It’s always concerning to give an answer to the “is it a sin…” questions, because it approaches the boundaries  of “judging.” A lot of what BibleAsk does is offer Bible evidence to support views, while other times a degree of ‘opinion’ for discussion is shared to fill the gaps where the written Word does not. It is this opinion that can differ between people who read and study the Word. On a bright note, it does not differ with God, and if you ask Him I know without a shadow of a doubt that He will answer. However, if you still want a wordy opinion, here’s one:

As always, in any healthy discussion, it requires us to be honest with ourselves. With whatever we watch, whether it be sports, news, documentaries, movies, etc. we must always ask ourselves, does this bring us closer OR further from God? That should help with a lot of your decision making. But, we all know that one guy who will say “neither” and again I’m not one to judge, but often times I think of the parable of the talents (Matthew 25:14-30), and how the first two servants invested time and effort in making the most of those talents, while the last servant did not. So, what did he do? He didn’t steal it. He did not spend it foolishly. He simply did nothing with it. Was that wrong? The master thought so.

How are we investing our talents? Some people might say that they do invest their talents, and watching sports is just their much needed break-time.  Now, don’t get me started on break-time, because I’m all for break-time, and the nice part is – so is God – I mean, he instituted a whole day a week for rest (that’s awesome) and after that He wrote it with His own finger on stone to last forever (Exodus 20:8). However, He didn’t stop there. Right after that commandment he did a few more commandments on how we deal with our fellow brothers and sisters, which can be summarized as “Love your neighbor as yourself” (Mark 12:31). Can we in love watch our brothers/sisters get hurt? I mean, the number of concussions is on a rise (USA Today, 2018) and that isn’t just momentary pain, but often times that’s long term permanent damage that has torn families and relationships apart. Why does that entertain us?

Now, I’m not saying I’ve never personally watched a football game, nor am I saying that you don’t love God if you watch it, because heaven knows at times there was a lot of prayer – especially in overtime. All I’m saying is, after spending time with God talking about the subject, reading His word and discovering His will for our lives, His love for us… after that, does the game still have the same appeal it once did? Is there a chance spending more time with God makes us different and more ready for heaven and heavenly things?

Give it a try – let me know what you think!

Like today, Bible characters were also called by different names. Names were given in the Bible to identify different things like ethnicity (Doeg the Edomite of 1 Samuel 21:7), parentage…
View Answer 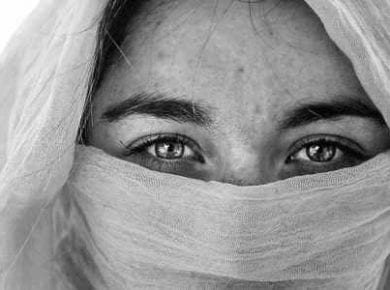 The Bible addresses several aspects regarding human rights. The Bible states that man is created in the image of God (Genesis 1:27). Every person is a unique creation of God, and…
View Answer