Question: Could the information about Jesus in the New Testament be biased and inaccurate?

Answer: The information about Jesus in the New Testament is accurate because there are approximately 5,800 handwritten Greek manuscripts of the the New Testament that exist today (Greek was the original language of the New Testament). Almost 800 were copied before A.D. 1000. The time between the original composition and our earliest copies is an unbelievably short 60 years or so. And among the New Testament manuscripts, there is a high degree of accuracy – as much as 99.5%. Greek scholar D.A. Carson comments on that: “The purity of text is of such a substantial nature that nothing we believe to be true, and nothing we are commanded to do, is in any way jeopardized by the variants.”

The New Testament manuscripts provide significantly more early copies than any other ancient work. In comparison, “The Iliad” by Homer, one of the greatest works of ancient literature, stands in second place with only 643 ancient manuscripts. So, if we reject the authenticity of the New Testament on textual grounds we’d have to reject every ancient work of antiquity and declare null and void every piece of historical information from written sources prior to the beginning of the second millennium A.D.

Further, the New Testament manuscripts are not biased because many secular sources confirm many details mentioned in it. These writers include Josephus, Tacitus, Lucian, Thallus, Suetonius, Pliny the Younger, and the Jewish Talmud, among others.

The late New Testament scholar F.F. Bruce notes the following summary of events verified in the extra-biblical documents in his work “Jesus & Jewish Origins Outside the New Testament”:

The New Testament scholar Gary Habermas adds, “Altogether, there are even about a dozen and a half non-Christian sources that mention Jesus within the first 150 years after his death.” A full list and discussion of these sources are available in his book “The Historical Jesus”.

Also, archaeology provides even additional information regarding the authenticity of New Testament. As noted in “When Skeptics Ask” by Norman Geisler and Ronald Brooks, many inscriptions and locations from the Gospel accounts have been discovered, including references to Pilate, the man who condemned Jesus to death; Bethlehem, the city of Jesus’ birth; Nazareth, the city where Jesus was raised; and the home of Pilate in Jerusalem.

The abundance of textual and historical witnesses of the New Testament manuscripts stand the test of reliability. 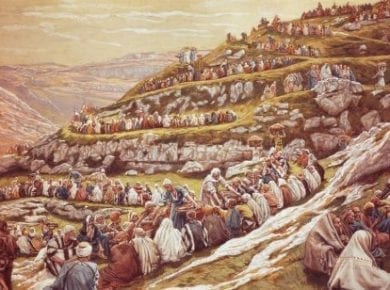 This answer is also available in: हिन्दी The feeding of the five thousand men was the capping miracle of the Galilean ministry and one that cannot be explained away by…
View Answer

This answer is also available in: हिन्दीThe parable of the hidden treasure illustrates the cost of salvation as represented by the gospel message (Matthew 13:44). Although salvation cannot be purchased, nevertheless it…
View Answer