First: Moses disobeyed a direct command from the Lord. God had commanded Moses to speak to the rock (Numbers 20:8). Instead, Moses struck the rock with his staff (v. 11). And God was displeased with him (v. 12).

Second: Moses took the credit for bringing forth the water. Notice how in verse 10 Moses says, “Must we [referring to Moses and Aaron] bring you water out of this rock?” (Numbers 20:10).

Third: Moses committed this sin in front of all the Israelites (Numbers 20:12). Such a public example of direct disobedience could not go unpunished.

Now let’s look at God’s mercy in dealing with Moses. God gave Moses a special resurrection and raised him from the dead and took him up to heaven. How do we know that Moses was resurrected? We know that from the following verses:

First: “Yet Michael the archangel, when contending with the devil he disputed about the body of Moses, durst not bring against him a railing accusation, but said, The Lord rebuke thee” (Jude 9).

Second: “And was transfigured before them: and his face did shine as the sun, and his raiment was white as the light. And, behold, there appeared unto them Moses and Elias talking with him” (Matthew 17:2,3).

Apart from Jude’s account, the only scriptural reference to the burial of Moses is found in Deut. 34:5, 6, where it is recorded that the Lord buried Moses and that his grave was not known to men. Jude now reveals that the dead body was the subject of dispute between Christ and Satan. From the fact that Moses appeared with Elijah on the Mount of Transfiguration, it may be concluded that the Lord triumphed in the contest with the devil and raised Moses from his grave, making him the first known subject of Christ’s resurrecting power (Deut. 34:6; Matt. 17:3).

Although Moses did not enter the promised land, God was very merciful to him in giving him a special resurrection and taking him up to heaven instead. He may have missed the earthly passing promised Land but He was taken to the heavenly glorious eternal kingdom.

This answer is also available in: العربية हिन्दीGod will always fulfill His promises, for He is God. An important Bible verse to remember is: “He that spared not his own…
View Answer 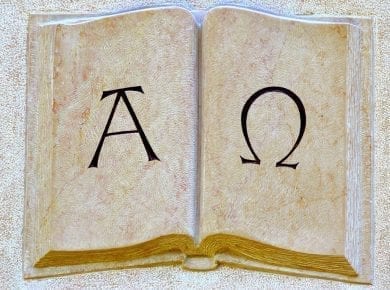