Can we stop sin cold turkey? The Bible says that believers can obtain instant victory as a gift from Jesus Christ. For all of God’s gifts are available to the believers through His promises. And they receive them by faith. Peter referred to these assurances as “exceeding great and precious promises” and affirms us that “by these ye might be partakers of the divine nature” (2 Peter 1:4).

Victory is a free gift

Paul wrote, “But thanks be to God, who gives us the victory through our Lord Jesus Christ” (1 Corinthians 15:57). People do not earn victory by their efforts, or deserve it because of any goodness. The only thing they need to do is ask for it and then act on it. And God will give them the victory through His Son. For He is the only One who has ever gained complete victory over Satan. And He, in turn, will give this same victory to His children.

But how can we be sure that God will give us this victory immediately? Jesus said, “If ye then, being evil, know how to give good gifts unto your children, how much more shall your Father which is in heaven give good things to them that ask him?” (Matthew 7:11). It is God’s will to instantly destroy the works of sin and the devil. And He is willing to give this victory more than we are willing to feed our children when they are hungry. He is waiting to honor the believer’s faith and to supply all his need “according to his riches in glory by Christ Jesus” (Philippians 4:19). His promises are unlimited.

When the Holy Spirit convicts a person to stop a sin, the person needs to stop it immediately and not gradually. Some believe that this is not possible. But the Bible assures us that God can give us the victory and the Almighty doesn’t lie. The same moment we ask for deliverance, we should accept the fact of fulfillment, thank God for the gift, and get up and act like it has been done. This self-fulfilling power in the promise is given in response to our prayer and faith. Romans 6:11, “Likewise reckon ye also yourselves to be dead indeed unto sin, but alive unto God through Jesus Christ our Lord.” The word “reckon” means to believe.

The Bible tells us that Peter walked on the water. He asked Jesus if he could do that and the Lord gave him the permission. But “When he saw the wind boisterous, he was afraid; and beginning to sink, he cried, saying, Lord, save me” (Matthew 14:30). Peter was afraid of sinking and failing in spite of Christ’s assurance that he could safely walk on the water. When Peter doubted the word of the Master, that is when he started to sink. As long as he believed the promise of Jesus and acted in faith, he was victorious.

Likewise, as long as a believer believes that he has been delivered and act on it, he will have the victory. The very instant he asks for victory it will be given him. He won’t feel it, but it is there. It will stay there as long as he accepts it in faith. And in the moment of temptation, the power to overcome will come from within.

The gradual trying attempts does not work in obtaining victory because the devil is stronger than people. Trying gradually will never break the power of sin in a single instance. Paul wrote, “But put ye on the Lord Jesus Christ, and make not provision for the flesh, to fulfil the lusts thereof” (Romans 13:14). Under the old “trying” strategy, provision was made to fail in most cases. But under the “trusting” strategy, the believe has no reason to fear failure. For victory does not depend on his power but on God’s.

Some say suppose a person does fail, even Peter failed. The truth is Peter’s sinking had nothing to do with the failure of God’s strength. Peter’s fall only showed his failure to use more faith to enable him to obey Christ’s command. Jesus said, “According to your faith be it unto you” (Matthew 9:29). God provided full victory, power, deliverance. Therefore, let us reach out in faith and receive God’s victory. Let us claim it this very moment for God wants us to be free. 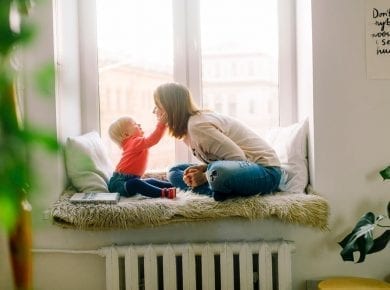 This page is also available in: हिन्दी (Hindi)Concerning whether children inherit the sins of their parents, the Bible states: “The soul who sins shall die. The son shall not bear…
View Answer 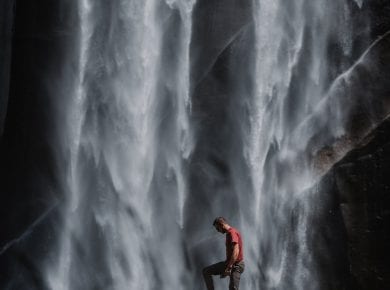 This page is also available in: हिन्दी (Hindi)When the believer first accepts Christ, he forsakes his evil past, and dies to the lusts of the flesh. He becomes a new…
View Answer