The Jerusalem Council did not forbid the gentiles from keeping the seventh day Sabbath. It agreed mainly to forbid the gentile converts from all the practices that were especially associated with pagan worship such as fornication, blood and foods offered to idols.

There was also a very real, clear change about “circumcision” of the Mosaic law. Through Galatians, Ephesians, Colossians, Romans and all the writings of Paul, we read how the apostle was trying to free the Gentiles from the burdens that the Jews were trying to put on the gentiles by observing the ceremonies of Moses.

The church did not yet see clearly that the ceremonial laws pointing to Christ were fulfilled in Him, and that the ethnic symbols characterizing the Jews as Jews were, likewise, no longer meaningful. For decades Jewish Christians, in general, continued to identify themselves with the Temple rituals, and even Paul joined in them when he was at Jerusalem (Acts 20:16; 21:18-26; Ch. 18:19).  But later it was revealed, especially to Paul, that there was a theological reason for not requiring the observance of the Mosaic rituals.

There are two kinds of sabbaths

The weekly Sabbath of the Ten Commandment (Genesis 2:2,3; Exodus 2): 8-11) that was instituted before sin. And the yearly sabbath feasts of the Mosaic law (Leviticus chapter 23) that came after sin which were in addition to, or “beside the sabbaths of the Lord” (Leviticus 23:38). The yearly sabbath feasts foreshadowed, or pointed to, the cross and ended at the cross (Col. 2:11-20; Heb. 9:1-12). But God’s weekly seventh-day Sabbath could foreshadow nothing about deliverance from sin. The Mosaic Law came to an end at the Cross. However, God’s Law stands forever.

This answer is also available in: हिन्दी The Lord sanctified the seventh day Sabbath (Saturday) and blessed it as a day of worship at the creation of the world (Genesis…
View Answer 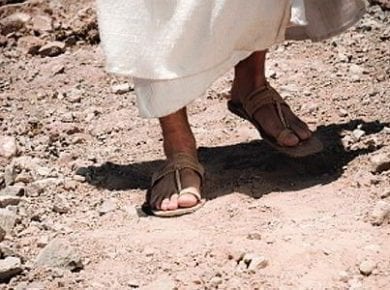 This answer is also available in: हिन्दीThe man-made traditions of the Rabbis Christ was in constant conflict with the Jewish rabbis over the legitimacy of their man-made laws and traditions…
View Answer