In Acts 10, God gave Peter this vision to show him that the Gentiles were not unclean, as the Jews believed. God had instructed Cornelius, a Gentile, to send men to visit Peter. But Peter would have refused to see them if God had not given him this vision, because Jewish law forbade entertaining Gentiles. But when the men finally did arrive, Peter welcomed them, explaining that ordinarily he would not have done so, but he said, “God hath shewed me that I should not call any man common or unclean” (Verse 28). This verse clearly explains the whole purpose of this vision.

It is evident from this verse that the lesson God taught Peter concerned not clean and unclean beasts, but men. All men were to be reached with the gospel; ultimately they would be unclean only when they reject God’s endeavors to save them.

The apostle now showed that he had learned the lesson of the vision. Humanity had been redeemed by the incarnation, the sacrifice, and the ascension of Christ, and even the lowest heathen was no longer common or unclean. God was willing to receive all men, and through Jesus He does so. Sin alone is that which separates men from Him (Isa. 59:2). Uncleanness is to be thought of as a moral, not a physical or racial, taint. The follower of God must learn to see in every sinner the potentialities of a redeemed man. Every man must be respected as a child of God that can bear His image (1 Peter 2:17). Pride of class based on differences of culture is not excusable.

In the following chapter (Acts 11), the believers criticized Peter for speaking with these Gentiles. So, Peter told them about his vision and its meaning. And Acts 11:18 says, “When they heard these things, they held their peace, and glorified God, saying, then hath God also to the Gentiles granted repentance unto life.”

So, it is clear that the purpose of Acts 10 is not to make the unclean animals clean. For God In Leviticus 11 and Deuteronomy 14, pointed out the clean and unclean animals. These health laws were not given only to the Jews because Noah, who lived long before any Jews existed, knew of the clean and unclean. Noah took into the ark the clean animals by “sevens” and the unclean by “twos” (Genesis 7:1, 2). It is obvious that the Jew’s digestive system is not different than that of a Gentile. These health laws were given for every one. 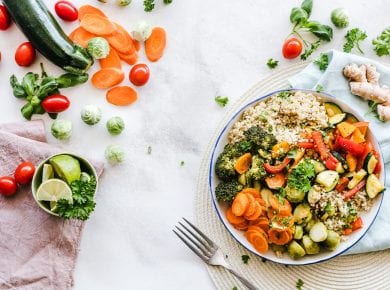 This page is also available in: हिन्दी (Hindi)Paul writes, “Therefore, whether you eat or drink, or whatever you do, do all to the glory of God” (1 Corinthians 10:31). Here…
View Answer 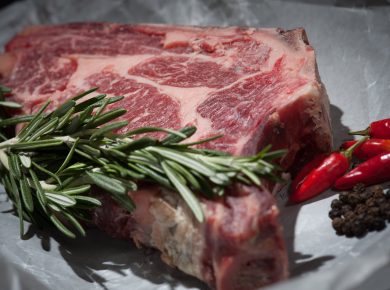 This page is also available in: हिन्दी (Hindi)Good advice When it comes to food, the Bible gives some good advice: “Eat ye that which is good” (Isaiah 55:2). “Whether therefore…
View Answer