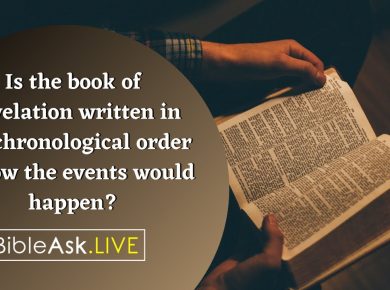 Captions automatically generated All right let’s get our next question up here. Colematlock is asking is the book of Revelation written in chronological order of how the events will happen? Yeah…
View Answer

That’s a good question Ben. So what happens to the souls of the believers before Jesus died and rose again? You know this is something I have always wondered too.…
View Answer