The apostle John wrote, “And the dragon was enraged with the woman, and he went to make war with the rest of her offspring, who keep the commandments of God and have the testimony of Jesus Christ” (Revelation 12:17).

The apostle foretold that Satan would be very angry because he was unsuccessful in destroying the church. It was during the dark ages that it escaped his fury and fled to the mountains. So, he is determined to make a war against its remnant (Revelation 13:11–17; 16:12–16).

The commandments of God are a transcript of His character. They set forth the moral standard of righteousness that God wants people to reach. But man can’t achieve that in his fallen state and by his own power for “The carnal mind … is not subject to the law of God, neither indeed can be” (Romans 8:7).

What is the role of faith in salvation?

Man continually comes short of the glory of God and on his own can’t not obey God’s law (Romans 3:23). But Jesus came to help people to be restored to the divine image. By faith, people can claim God’s grace and power to overcome sin in their lives (Rom. 8:3, 4) and thus replicate His image. “For by grace are you saved through faith; and that not of yourselves: it is the gift of God” (Ephesians 2:8).

Thus, the remnant church will obey the commandments of God, and keeps them, not in any legalistic way but as a revelation of the character of Christ, who dwells in the heart of the true saints by faith (Galatians 2:20). Thus, the grace of God will do the work through them (Ephesians 2:8-9).

In the final scenario, the world will be deceived by Satan’s lies, and will bow to the beast and its image, and carry out its dictates and decrees (Revelation 13:8). The saints, on the other hand, will not obey the beast’s commandments. But rather, they will keep the commandments of God (Exodus 20:3-17). The point of controversy will be the Sabbath Commandment since it is the only commandment that is publicly broken by the Christian world. The majority of Christians agree that the other nine commandments are of universal obligation.

The crisis will come when symbolic Babylon prevails upon the state to enforce Sunday observance by civil law and works to penalize all nonconformists. At that time, those who obey the Bible will refuse to give up the observance of the true Sabbath and will face the penalty of death (Revelation 13:12-17). But the good news is that their names will be written in the lamb’s book of life (Revelation 3:5). 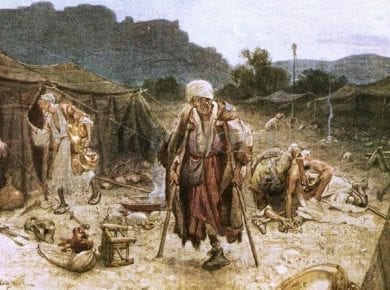 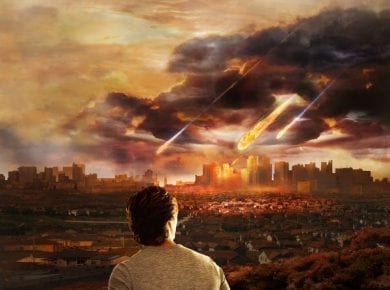 “At that time Michael shall stand up, the great prince who stands watch over the sons of your people; and there shall be a time of trouble, such as never was since…
View Answer