The reference to the poor widow is recorded in Mark 12. Jesus said that this poor widow’s gift of two mites to God was “more than all those who have given to the treasury” (Mark 12:43).

Two mites were considered a very small offering for a mite was a coin worth a fraction of one cent U.S. The mite or lepton was the smallest Jewish copper coin in circulation. So, two mites amounted to 1/64 of a Roman denarius, a day’s wage at Jesus’ time (Matt. 20:2).

Jesus taught by this example that God doesn’t look at the amount of the gift but on the motive that moves the giver to give. The Lord is interested only in the measure of love and devotion that the gift represents, not on its economic value. In the parable of the Laborers in the Vineyard (Matthew 20:15), we learn that God rewards men, on the love the prompts them to act, their willingness to do His will, and their sacrificial service.

Jesus added about the rich, “for they all put in out of their abundance, but she out of her poverty put in all that she had, her whole livelihood” (v. 44). The rich had excess of money; they had more than they actually needed. They gave from their left-over. Therefore, the value of their gifts in terms of love and devotion was little because their gifts were not given sacrificially.

But the widow gave all that she had literally which is an evidence of the maximum possible love and devotion to God. She did not know where her next meal was coming from. Nerveless, she didn’t want this reality to prevent her from giving to God for she rejoiced in giving. And God loves the cheerful giver (2 Corinthians 9:7).

There is some benefit in studying other religions because it gives us knowledge in understanding what they believe in comparison to the light of God’s Word. But the Bible admonishes…
View Answer 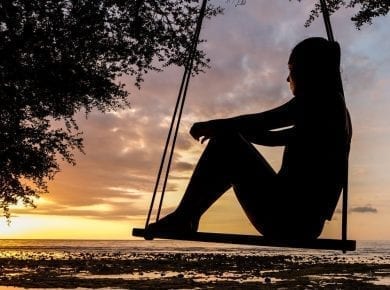 God created humans with free will because He wanted His creation to have a relationship with Him that is prompted by love, and not fear. The fact that God did…
View Answer