The Scriptures tell us that “Jonathan became one in spirit with David, and he loved him as himself” (1 Samuel 18:1). The touching friendship between the two is the pure example of a true relationship that recognized in each other similar values and ideals. Jonathan had expressed dislike for his father’s attitude and course of action. To him, David’s humble and spiritual replies to Saul’s questions, giving God all the glory for past achievements, were very refreshing. Jonathan, was disappointed with his father’s lack of spiritual leadership for the nation of Israel.

Jonathan understood that God wanted David to be king and he willingly submitted to God’s will and design without complaint or murmur. True friendship, according to the Bible, involves loyalty, sacrifice, compromise, and faithfulness. It also involves thinking of others, caring for others, and doing for others. On the other hand, selfishness consists in requiring of others what one is unwilling to do himself.

To Jonathan, the friendship of David meant more than the crown of his father, power and riches. The two friends formed an agreement (1 Samuel 18:1-5) where Jonathan was to be second in command in David’s future reign, and David was to protect Jonathan’s family (1 Samuel 20:16-17, 42; 23:16-18).

When David mourned the death of Jonathan, he said, “I am distressed for you, my brother Jonathan; you have been very pleasant to me; your love to me was wonderful, surpassing the love of woman” (2 Samuel 1:26). David showed the depth and sincerity of Jonathan’s love. For Jonathan suffered the loss of crown and kingdom because of his love for David.

Probably, David contrasted Jonathan’s love to the love of Saul’s daughter who was promised to him after killing Goliath but Saul added more conditions upon this marriage to cause David’s death (1 Samuel 18:17, 25).

The issue of tithe is one of the concerns that may arise between a believing wife and unbelieving husband. The Bible gives the following advice, “Wives, in the same way…
View Answer 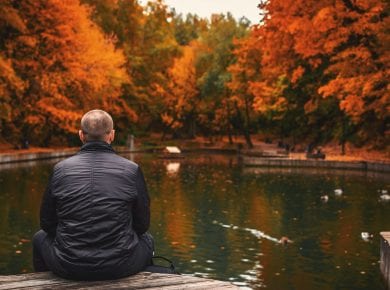 “Then the Lord said to me, “Go again, love a woman who is loved by a lover and is committing adultery, just like the love of the Lord for the…
View Answer