Jesus said, “Assuredly, I say to you, among those born of women there has not risen one greater than John the Baptist; but he who is least in the kingdom of heaven is greater than he” (Matthew 11:11).

John the Baptist showed more moral strength, courage, purity, faithfulness, and holiness than any other prophet before him. And no other person had the greater privilege of being the personal proclaimer of the Messiah at His first coming. All the Old Testament prophets would have been thrilled to have the honor of declaring the coming of the Savior to the world. Instead they all looked by faith forward and with great anticipation to the day of the coming deliver. Jesus said, “Your father Abraham rejoiced to see My day, and he saw it and was glad” (John 8:56). Only John the Baptist had that honorable mission.

Jesus continued, “but he who is least in the kingdom of heaven is greater than he.” By this, He meant that the humblest person in the kingdom of God will have the greater privilege of being in the very presence of the king Himself. John was only looking from the outside at the kingdom of heaven but any Christian can actually experience God first hand in his life through the indwelling of the Holy Spirit within his heart when He accepts Jesus by faith.

John met success and popularity, yet remained humble in his own eyes. John himself did not see himself as “great.” When Jesus came from Galilee to the Jordan and asked John baptize Him, John tried to prevent Him, saying, “I need to be baptized by You, and are You coming to me?” (Matthew 3:13–14). In fact, John announced to all “He who is coming after me is mightier than I, whose sandals I am not worthy to carry. He will baptize you with the Holy Spirit and fire” (Matthew 3:11).

And towards the end of his life, John announced, “He must increase, but I must decrease” (John 3:30). Although some viewed John as the Messiah, John maintained a true sense of his relationship to the One who was to be “mightier than” he. He was a true humble disciple of Jesus and his character resembled his Master. 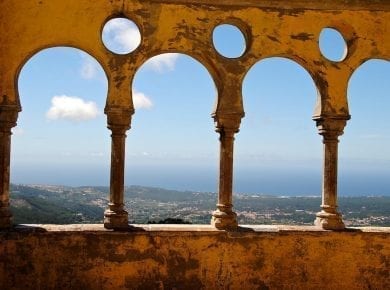 Recent discoveries in archeology have proved the authenticity of Bible characters and events. Here are some of the facts: The Dead Sea Scrolls, discovered in 1948 and date back to…
View Answer 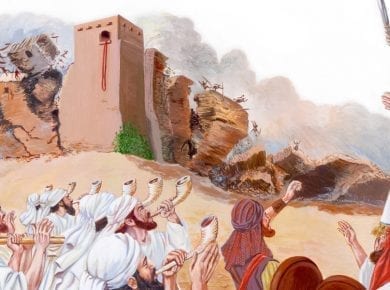 The story of the fall of Jericho is recorded in Joshua 6:1–24. After 40 years of sojourning in the wilderness, the Hebrews entered Canaan, but they had not subdued it.…
View Answer