“To whom also He shewed himself alive after His passion by many infallible proofs, being seen of them forty days, and speaking of the things pertaining to the kingdom of God” (Acts 1:3).

Also, Acts 1:1-9 confirms that Christ remained on earth for forty days after His resurrection. He did this to strengthen, teach and confirm the faith of His disciples.

In the forty days after the resurrection, Christ remained on the earth to prepare His disciples for the work before them. One of His encounters with them was at the road to Emmaus. Here, Jesus, “…beginning at Moses and all the prophets, he expounded unto them in all the scriptures the things concerning himself.” (Luke 24:27). Thus, He spoke of the prophecies concerning His advent, His rejection by the Jews, and His death (Isaiah 53, Ezekiel 2:3-6, Deuteronomy 21:23). Therefore, He showed that every specification of these prophecies had been fulfilled.

Christ told them that they were to regard this fulfillment of prophecy regarding His life, death and resurrection as an assurance of the power that would attend them in their future labors. “Then opened He their understanding, that they might understand the Scriptures, and said unto them, Thus it is written, and thus it behooved Christ to suffer, and to rise from the dead the third day: and that repentance and remission of sins should be preached in His name among all nations, beginning at Jerusalem.” He added, “Ye are witnesses of these things” (Luke 24:45-48).

Need for Affirmation and Reconciliation

After Jesus’ resurrection, He met with certain disciples to address issues. After the resurrection, Jesus revealed Himself to the disciples and called them to receive the Holy Ghost (John 20:19-22). However, Thomas was not there. He decided that he would not believe the report of the other disciples unless he saw Jesus’ wounds for himself (vs 24, 25). Thus, Jesus in His mercy gave Thomas this opportunity to touch His pierced hands and side (vs 26-27). “Jesus saith unto him, Thomas, because thou hast seen me, thou hast believed: blessed are they that have not seen, and yet have believed” (vs 29).

In the case of Peter, there was a need for reconciliation. Peter had denied Jesus three times (Luke 22:54-62). Although Peter had done this, Jesus still sought after him and desired him to be a leader in the church. Therefore, Jesus asked Peter a question three times. “He saith unto him the third time, Simon, son of Jonas, lovest thou me? Peter was grieved because he said unto him the third time, Lovest thou me? And he said unto him, Lord, thou knowest all things; thou knowest that I love thee. Jesus saith unto him, Feed my sheep” (John 21:17). In this interaction, Peter shows his repentance and desire to fully follow Jesus. It also shows Jesus’ ability to get to the heart of the matter and make our calling and election sure (2 Peter 1:10).

On two accounts, the disciple John shares that there were many things that Jesus did that were not recorded during these 40 days. “And many other signs truly did Jesus in the presence of his disciples, which are not written in this book:” (John 20:30). “And there are also many other things which Jesus did, the which, if they should be written every one, I suppose that even the world itself could not contain the books that should be written. Amen” (John 21:25).

We don’t know what may have occurred, as it may have been something special or specifically beneficial to just the disciples at that time. God does not always reveal all things to us, but desires us to trust Him in faith. The Bible says, “The secret things belong unto the Lord our God:  but those things which are revealed belong unto us and to our children for ever…” (Deuteronomy 29:29).

John also reiterates that what was written of Jesus is most important as it is for our salvation. “But these are written, that ye might believe that Jesus is the Christ, the Son of God; and that believing ye might have life through his name” (John 20:31).

The disciples were to make known to the world the events of Christ’s life, death and resurrection. Also, they were to share the mysteries of the plan of salvation and the power of Jesus for the remission of sins. To all these things they had been witnesses. Thus, they were to proclaim the gospel of peace and salvation through repentance and the power of Jesus Christ to all the world.

“Go ye therefore, and teach all nations, baptizing them in the name of the Father, and of the Son, and of the Holy Ghost: Teaching them to observe all things whatsoever I have commanded you: and, lo, I am with you always, even unto the end of the world” (Matthew 28:19-20).

This answer is also available in: العربية Français हिन्दी EspañolYeshua is the Hebrew name for the Lord. It means “Yahweh [the Lord] is Salvation.” The English spelling of Yeshua is…
View Answer 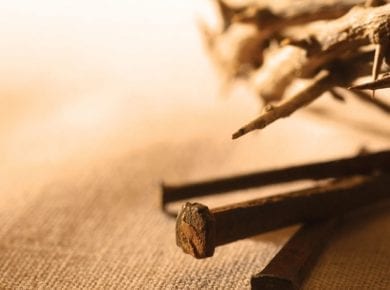 This answer is also available in: العربية Français हिन्दी EspañolModern Jewish scholars deny that the graphic picture of the suffering that is portrayed in Isaiah 53 points to the Messiah.…
View Answer