Before we examine the final Abomination of Desolation, let’s make a quick historical review to early abominations that led to Jewish desolations:

The first Abomination of Desolation

In Jeremiah 17, the prophet gave a prophecy upon Israel that if they would honor God’s seventh-day Sabbath, their city would remain forever (ch. 17:19-26). But if they would not honor God’s Sabbath, the Lord would allow their city to be desolated. “But if ye will not hearken unto me to hallow the Sabbath day, and not to bear a burden, even entering in at the gates of Jerusalem on the Sabbath day; then I will kindle a fire in the gates thereof, and it shall devour the palaces of Jerusalem, and it shall not be quenched” (v. 27).

Sadly, the Israelites chose to continue breaking God’s Sabbath and thus brought their own destruction and captivity. This led to the first destruction of the city and temple in 586 B.C. by Nebuchadnezzar.

The second Abomination of Desolation

After coming back from the Babylonian captivity and rebuilding the city and temple, the Jewish leaders erected many rules to protect them from repeating the sins that had led to their bondage. The seventh-day Sabbath became received special attention. Over 500 rules concerning Sabbath keeping eventually was formed. Sadly, this only produced a system of legalistic empty religion.

Jesus said that in spite of their outward appearance of piety, they didn’t adhere to the Law. “… this people honoreth me with their lips, but their heart is far from me. Howbeit in vain do they worship me, teaching for doctrines the commandments of men…” (Mark 7:6-13). And the religious leaders hated Jesus and wanted to kill Him (John 5:10-16; Matthew 12:1-4; Mark 3:1-6).

But Jesus warned them, “For the days shall come upon thee, that thine enemies shall cast a trench about thee, and compass thee round… and shall lay thee even with the ground…” (Luke 19:41-44). And He mourned, “O Jerusalem, Jerusalem, thou that killest the prophets…Behold your house is left unto you desolate” (Matthew 23:37,38).

As a result of not responding to Jesus’ warnings to turn from their abominations, the Jewish temple was to be again desolated in 70 A.D. when the Roman armies of Titus burned the city and temple. Because Israel rejected the Messiah they lost their calling. Jesus told them, “The kingdom of God shall be taken from you, and given to a nation bringing forth the fruits thereof” (Matthew 21:43).

Who would be the new nation to receive the kingdom of God and bring forth the fruits of faith? The apostle Peter gives the answer in a letter to the early Christian converts “But ye are a chosen generation, a royal priesthood, an holy nation, a peculiar people; that ye should shew forth the praises of him who hath called you out of darkness into his marvelous light” (1 Peter 2:9,10). In the new dispensation, God bestows upon the converted Christians all the privileges and promises that had been made to the literal seed of Abraham (Galatians 3:26-29). The Christian church becomes the new temple of God (Romans 2;28,29; Ephesians 2:11-13; 19-22; and 1 Peter 2:5).

The final Abomination of Desolation

It is in the light of this New Testament principle of spiritual Israel that Daniel writes of the abomination of desolation the third and final time (Daniel 8:13; 11:31; and 12:11). Bible prophecy students see that these verses predict the rise of the Papacy. It is a fact of history that the Papacy brought into the Christian church the practices of paganism. Sun worship, was the religion of the pagan Roman Empire and it was observed on the first day of the week. In an effort to unite Christians and Pagans, “Constantine the Great made a law for the whole empire (321 A.D.) that Sunday should be kept as a day of rest in all cities and towns” Encyclopedia Americana, art. Sabbath states.

And the Bible, in Daniel 7:25, predicted that the Papacy will change God’s law “And he shall speak great words against the most High, and shall wear out the saints of the most High, and think to change times and laws: and they shall be given into his hand until a time and times and the dividing of time.”

How did the Papacy try to change God’s laws?

The Papacy did that in three different ways: In her catechisms she has (1) omitted the second commandment against veneration of images, and (2) shortened the fourth (Sabbath) commandment from 94 words to just eight. The Sabbath commandment (Exodus 20:8-11) clearly specifies Sabbath as the seventh day of the week. As changed by the papacy, the commandment reads: “Remember that thou keep holy the Sabbath day.” Written thus, it can refer to any day. And, finally, she (3) divided the tenth commandment into two commandments.

How did the Papacy attempt to change God’s times?

The Papacy did that in two ways: (1) She has changed the time of the Sabbath from the seventh day to the first day. (2) She has also changed God’s “timing” for the beginning and closing hours of the Sabbath. Instead of observing the Sabbath day from sundown Friday night to sundown Saturday night as God mandates (Leviticus 23:32), the church adopted the pagan Roman custom of counting the day from midnight Saturday night to midnight Sunday night. God predicted these “changes” would be attempted by the beast, or Antichrist.

And most Protestant churches assent to the apostasy by keeping the practice of abominations that have their roots firmly fixed in pagan religions, which were set to destroy God’s Word.

What is the sign that will tell the believers when the final desolation is near?

In Luke 21:20, Jesus told His disciples, “And when ye shall see Jerusalem compassed with armies, then know that the desolation thereof is nigh.” When the Roman armies surrounded Jerusalem, it was a sign that most of the city’s leaders and inhabitants had filled their cup of iniquity and God’s protection has left them. To believers living in the city, this was to be a sign that Jerusalem would soon see God’s judgment. As soon as the first opportunity came, the believers were to “flee to the mountains” (v. 21). In 66 A.D. when Cestius, the Roman general, surrounded the city, the believers saw the promised sign had arrived and the time had come to run away. At their first opportunity to escape they did so, and not one believer died in the great destruction of Jerusalem in 70 A.D.

Just as God gave the early Christians a sign of when to flee Jerusalem, so He has given us a sign. He has made it possible for every believer to know when this world’s probation is coming to an end.

In Revelation 13 and 14, John wrote a list of signs that will tell us just how close we are to the end. The sign that will show this nation has filled its cup of iniquity will be when it makes an “image” to the Papacy (Revelation 13:15) by uniting church and state. How much more perfectly could this be effected than by passing a national Sunday law commanding everyone to honor that pagan day of worship? Such an event will be a direct fulfillment of Revelation 13:15-17, and provide confirmation that the end of this earth’s time is quickly approaching.

When the churches will apostatize in their abominations to such a degree that they will enact legislation of a religious law which displaces God’s seventh day Sabbath with a pagan Sabbath, it will be time to leave the cities, knowing that a time of trouble will be soon coming. 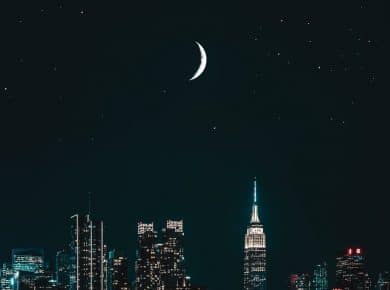 Table of Contents Paul’s experience on the road to DamascusJesus’ voice from heavenPaul’s submissionHis repentanceHis healing and baptism This answer is also available in: हिन्दीThe phrase “Damascus Road experience” is…
View Answer