Critics challenged the truth of the Scripture’s record in showing the widespread territory of the Hittite nation, preceding the recovery of information about the Hittites, with the excavation of the archaeological site of Khattushash (Boghazköy) – the old Hittite capital. Until the late 19th century only the Bible had conserved so much as even the name of this people, who at one time exercised almost as great an impact as Egypt or Assyria.

The Bible tells us that there were proto-Hittites in Hebron at the time of Abraham “Then Abraham stood up from before his dead, and spoke to the sons of Heth [or Hittites (v. 10)]” (Genesis 23:3).

And the Hittites were one of the seven nations whose land was promised to Abraham. “On the same day the LORD made a covenant with Abram, saying: To your descendants I have given this land, from the river of Egypt to the great river, the River Euphrates— the Kenites, the Kenezzites, the Kadmonites, the Hittites, the Perizzites, the Rephaim, the Amorites, the Canaanites, the Girgashites, and the Jebusites” (Gen. 15:18-21).

Now history tells us that the Hittite kingdom rose to power toward the close of the 17th century B.C. under its King Labarna. And in the second half of the 16th century, under their King Murshilish I, the Hittites invaded Babylonia and overcame the capital.

At one time, the Hittite territory included Asia Minor and extended southward to Damascus, from Lebanon to the Euphrates. The Assyrians named Syria the country of the Hittites.

During the 14th century B.C. a ruler with the Hittite name Abdu-Khepa governed in Jerusalem. And there were also city states under Hittite control in Palestine. Jerusalem seems to have been founded by Amorites and Hittites (Eze. 16:45).

The Hittite kingdom reached its pinnacle of success under Shubbiluliuma, its greatest ruler, about 1375–1335 B.C. About 1200 B.C., the kingdom was destroyed by the Sea Peoples (a league of naval raiders that harassed the coastal towns and cities of the Mediterranean region) and dissolved into many Syrian city-states.

Hittite texts, in both cuneiform and hieroglyphic forms of an Indo-European language, have provided us great information on the history, laws, and culture of this kingdom. Perhaps, the descendants of Heth were the earlier “proto-Hittites,” whose language was called Hattili.

The Hittite nation presents us with a significant example of the historical accurateness of the Bible. Thus, the archeologist’s discoveries affirm, and does not challenge the Bible. 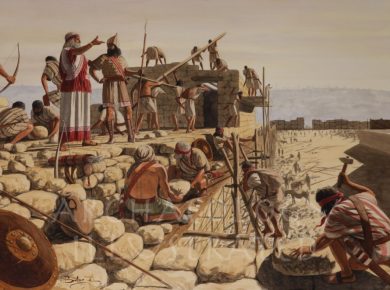 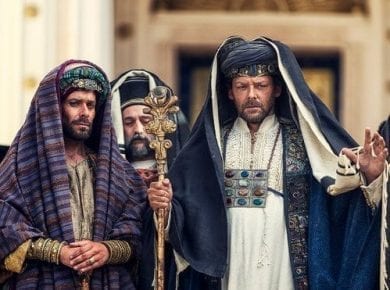 Caiaphas was the appointed high priest by Valerius Gratus predecessor of Pontius Pilate (Josephus Antiquities xviii. 2. 2) about A.D. 18 or 19, and he continued in office till about…
View Answer