People can’t fully comprehend God’s love in offering His only begotten Son. Christ exchanged the throne of heaven for a manger and the company of heavenly holy beings with sinful earthly creatures. Human arrogance and pride stand judged in His presence (2 Corinthians 8:9).

It would have been a great disgrace for the Creator to take man’s human nature, even when Adam was in his perfect condition at his creation. But Jesus was incarnated when humans had deteriorated in every way after four thousand years of sin (Philippians 2:5-8). Like all the descendants of Adam, Christ bore the results of the law of hereditary. He came with such inheritance in order to carry our griefs and sorrows (Isaiah 53). He did that to leave us the example of a sinless life (Hebrews 4:15).

When Lucifer was in heaven, he was jealous of Christ for His exalted position as the Son of God. And he hated Christ when he himself was removed from heaven after his rebellion. But his ultimate hate was directed to Christ when the Son of God vowed to redeem the sinners and deliver them from eternal death (1 John 3:8).

Yet, into the world where Satan claimed territory, God permitted His Son to be born as a helpless babe, subject to the weaknesses of humanity. God allowed His Son to meet life’s trials that were common to every human soul, to fight the battle as every child of humanity was to fight it, at the danger of failure and everlasting loss (John 13:15).

Any earthly father yearns to protect his son from Satan’s influence and hold him back from suffering and pain. Yet, God the Father allowed His innocent Son to fight the fiercest battles with the powers of darkness in order to save humanity. Here is God’s love: “For God so loved the world that He gave His only begotten Son, that whoever believes in Him should not perish but have everlasting life” (John 3:16). The apostle John declares, “Greater love has no one than this: to lay down one’s life for one’s friends” (John 15:13). 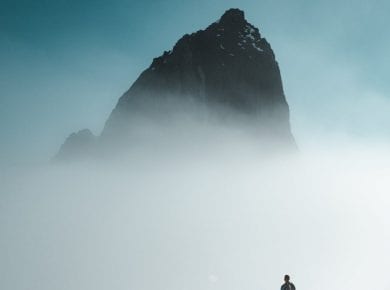 The Lord promised the Holy Spirit to all who obey and abide by His commandments. “And we are His witnesses to these things, and so also is the Holy Spirit…
View Answer