Islam cannot teach that the Bible was changed or tampered with before or during Muhammad’s life because the Qur’an commends the Bible: “And We caused Jesus, son of Mary, to follow in their footsteps, confirming that which was (revealed) before him in the Torah, and We bestowed on him the Gospel wherein is guidance and a light, confirming that which was (revealed) before it in the Torah—a guidance and an admonition unto those who ward off (evil)” (Surah 5:46). There are many other references that are shared on the following link:

Why should Muslims follow the Bible when it was corrupted and tampered with?

Since the Bible could not have been changed before or during Muhammad’s time, the only other possible time for corruption was after his death. But scholarly evidence proves that up to the twenty-first century, nothing of doctrinal significance differs in the Hebrew and Greek texts of the Bible.

The charge that the Bible has been tampered or changed with after Islam implies the following:

A-That a large number of representatives from all the different Jewish and Christian sects who belonged to eight different nations, speaking different languages and who are violently opposing to each other on major doctrinal views which are of crucial importance.  These different groups will have to come and meet in an open and friendly atmosphere to settle the differences between them.

B-That these opposing groups should then agree on a new version of the Bible and translate it to the different languages of these nations and that they may send the new copies to all the different nations to take place of the original copies.

C-That these sects should be also convinced to give up their original copies manuscripts to be utterly destroyed to exchange them with the new tampered- with versions of the Holy Books.

It was impossible for the above to take place but If we can suppose that it has indeed taken place; then where is the historical proof of this meeting and when and where was it conducted and who were the different representatives that attended those meetings and what did they agree upon?

There is absolutely no historical record of such an event.

For a scholarly evidence that the Bible has not been changed, check the following link:

What evidence is there that the Bible has not been changed? 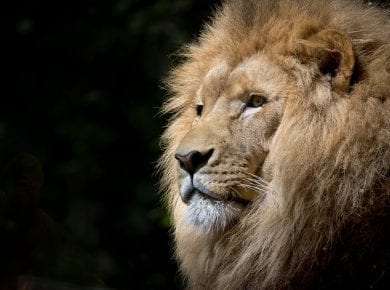 This answer is also available in: हिन्दीIn the Old Testament, the phrase “lion of Judah” first appeared in Genesis 49:9 when Jacob the patriarch prophesied while giving his blessing to…
View Answer