When a believer is being tempted to compromise his beliefs, he needs to flee from temptation as far away as he can. He should not allow sin to lure him away from the path that God has ordained. The Bible says, “Run from temptations…” (2 Timothy 2:22-24). The apostle Paul admonishes the believers, “Make not provision for the flesh, to fulfil the lusts thereof” (Romans 13:14) and “Abstain from all appearance of evil” (1 Thessalonians 5:22).

Eve drew too close to the forbidden tree and then waited to hear Satan’s arguments. As soon as she saw that tree and heard the serpent doubt God’s truth, she should have run away. The Word of God commands us to flee from temptation (1 Timothy 6:11). Paul compares the Christian life with the athletic contests. Victory was always the result of determined persistence and firm self-control against over the body (v. 12).

The story of Joseph gives a great example of how a believer can successfully avoid compromising his beliefs. While Potiphar was away on business, his wife attempted to seduce Joseph, his most trusted servant. Joseph was tempted to consider the rewards of that sinful relationship—riches, higher position, and more honor. This was a hard temptation for a single young man to give up his values for power and pleasure. Yet, even with all the enticements of Satan, Joseph was so sure that it was a sin against God and he rejected it without hesitation.

Joseph not only refused to commit adultery, but he also fled away from it. “So it was, as she spoke to Joseph day by day, that he did not heed her, to lie with her or to be with her. But it happened about this time, when Joseph went into the house to do his work, and none of the men of the house was inside, that she caught him by his garment, saying, “Lie with me. But he left his garment in her hand, and fled and ran outside” (Genesis 39:10-12). The determination of Joseph in resisting evil is an example for all believers to follow. 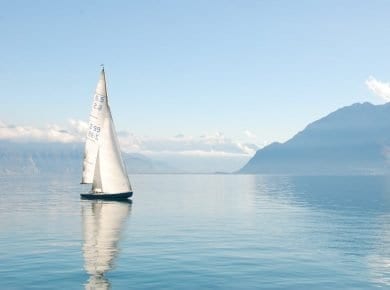 A believer can find rest in God whey he allows Him to carry his burdens. The Bible says, “Cast your cares on the LORD and he will sustain you; he…
View Answer Many people who follow the tradition of men still feel empty. Jesus pointed out the influence of false and dry teachings on the soul. He said, “No man also having…
View Answer