According to the scriptures, Peter was not the first pope to the church:

See: Is Peter the first Pope of the Roman Catholic Church?

Jesus never elevated one bishop over others, but rather established an equal office for service between the ministers or bishops. Paul said, “He Himself gave some to be apostles, some prophets, some evangelists, and some pastors [i.e., bishops or elders] and teachers” (Ephesians 4:11). The supremacy of bishops is a man made tradition that originated when men strayed away from the teachings of the scripture.

During the reign of Constantine (A.D. 280-337), Christianity became a “religion of power” where the bishops strengthened their position. Unlike the bishops of the apostolic era (Acts 14:23; 15:4; 20:17; Titus 1:5; James 5:14), the bishops at this period, ruled over not only one congregation, but over a “diocese,” several districts. During this time there were five metropolises: Rome, Alexandria, Antioch, Constantinople, and Jerusalem. Rome in the West and Constantinople in the East gained greater prominence because of their locations. And these two metropolises competed for supremacy.

In 366, Damasus was elected Bishop of Rome. He fought for the pontificate to confirm his position in the Church of Rome. Damasus went further as to assert that the Church of Rome was supreme over all others because Jesus placed Peter above the rest, elevating him as the cornerstone of the church itself.

In 384, Siricius was elected as the Pontiff of Rome. And he empowered himself with a higher level of authority than other bishops had demanded. He was the first to refer to himself as Peter’s heir. Siricius claimed inherent authority without consideration of the Scriptures.

In 440, Leo I, became the pontiff. He was a strong defender of the supremacy of the Roman bishop over the bishops in the East. He too exalted the traditions about the supremacy of Peter. By that time it was accepted as “fact” that Peter had been the first Bishop of Rome and that he had been martyred there.

In 590, Gregory the Great was named Bishop of Rome. He was another advocate of Petrine tradition, and named himself “Pope” and the “Head of the Universal Church.” By the end of his pontificate, the theory of Peter’s primacy and that of the Bishop of Rome was strongly established.

Finally, with the appearance of Boniface III on the papal throne on February 19, 607, Roman papacy became universally accepted. Many other bishops followed his legacy of “runners for supremacy.”

This answer is also available in: हिन्दीThe word “rock” in the Bible is never applied to men. In the OT, the word rock occurs around 30 times as a descriptive…
View Answer 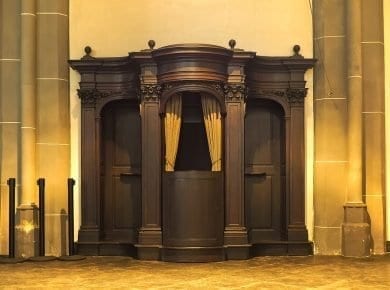 This answer is also available in: हिन्दी “Confess your faults one to another, and pray one for another, that ye may be healed” (James 5:16). Confessing in James 5:16 is…
View Answer