According to the Bible, Elisha was a prophet and a miracle worker. He was the son of Shaphat, a rich land-owner of Abel-meholah. The name Elisha means “My God is salvation.” In the beginning of his ministry, he served as the attendant and the disciple of Elijah. But after Elijah was taken up to heaven, he became the people’s prophet (1 Kings 19:16, 19–21; 2 Kings 5:8). Elisha ministered for around 60 years during the rule of kings Jehoram, Jehu, Jehoahaz and Joash.

The anointing of Elisha

Elijah went to Elisha, who was plowing the field with a pair of oxen. And he threw his cloak upon the young man designating that the prophetic office would be given to Elisha. Immediately, the young man left his oxen, said goodbye to his family, slaughtered his oxen, burnt his plow, gave the meat to the people, and became Elijah’s attendant serving him as a son (1 Kings 19:21).

Before Elijah went to heaven, Elisha requested a double portion of him as his son. Elijah told Elisha that, if he saw him when he was taken, then the double portion would be his. Elisha saw the chariot of fire and horses of fire taking his master to heaven. And young man picked up Elijah’s cloak that fell from him and went to the Jordan River. There, he struck the water with the cloak and called on the name of the Lord, the waters were divided, and he re-crossed to the other side. And the sons of the prophets witnessed the miracle and it was confirmed to them that the Lord have filled Elisha with His spirit (2 Kings 2:1–18).

Also, Elisha as a patriot assisted the king of Israel by revealing to him the activities of the king of Aram. When the king of Aram discovered that Elisha was exposing his secrets, he wanted to lay his hands on him. So, he sent his army to get the prophet. When Gehazi, Elisha’s servant saw the Arameans coming, he was afraid. But Elisha said to him those who are with us are more than those who are with them. Then, he prayed that God may open the eyes of his servant. Then, the servant saw the armies of God surrounding them (2 Kings 6:16–17). And Elisha also prayed that the Arameans army would to be blind.

God answered his prayer. And Elisha led the enemy to Samaria, the capital of Israel. Then, the king of Israel inquired from Elisha: should we kill them? But the prophet said, feed them instead. The king did. And in gratitude, the Aramians returned back to their king and country.

The prophet got sick and King Jehoash went to him and cried over him. Then, Elisha said to the king to get a bow and arrows and shoot them out the window. When Jehoash did, the prophet told him this was God’s arrow of victory over Aram. And Elisha said to the king to strike the ground with the arrows, but Jehoash did that only three times. Elisha was enraged and said if you had struck the ground five or six times you would have destroyed Aram completely (2 Kings 13:14–19).

The Bible tells us that “Elisha died and was buried” (2 Kings 13:20). And after his death, “some Israelites were burying a man, suddenly they saw a band of raiders; so they threw the man’s body into Elisha’s tomb. When the body touched Elisha’s bones, the man came to life and stood up on his feet” (2 Kings 13:21).

Elisha was a faithful prophet of God that walked in the steps of Elijah. He traveled extensively serving the nation of Israel as a helper to the common people both Israelites and non- Israelites. And during His life, organized Baal worship was abolished (2 Kings 10:28). 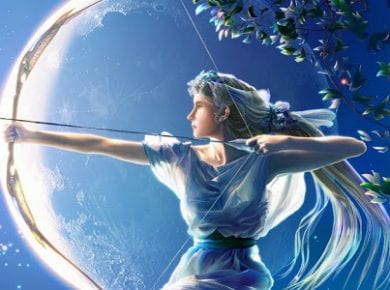 This answer is also available in: हिन्दीGreek deity Artemis, in the ancient Greek religion, is the goddess of the hunt, the Moon, wilderness, wild animals, and chastity. Artemis is the… 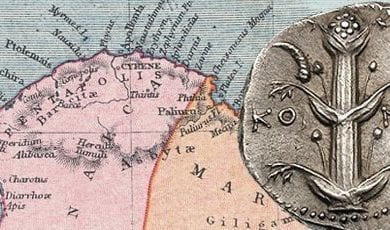 This answer is also available in: हिन्दीIn Ancient times, the Cyrenian Jews were a large Hebrew population that lived in Cyrene, a city of Libya in North Africa, between Egypt…