Through Jeremiah and other prophets, the Lord had proclaimed that the day of Judah’s probation was about to close, and that the reward of sin could not be longer delayed (Ezekiel 12:21–28). But the false prophets opposed Jeremiah and his divine message (Jeremiah 28; 29) and sought to quiet the people’s fears that there would be no disruption of their wicked deeds. The false prophets taught, as it were, “To morrow shall be as this day, and much more abundant” (Isaiah 56:12).

The false prophets of Jeremiah’s day winked at the iniquities of the people. They deceived the people by giving them an optimistic view of Judah’s future prospects saying, “‘Peace, peace!’ when there is no peace” (Jeremiah 8:11). Through their smooth and dishonest teachings, these false teachers calmed the souls of sinners into a fatal sense of security. They told the nation: ‘You shall not see the sword, nor shall you have famine, but I will give you assured peace in this place” (Jeremiah 14:13).  They instructed everyone to walk “according to the dictates of his own heart, they say, ‘no evil shall come upon you” (Jeremiah 23:17).

God’s judgement on the false  prophets

The Lord condemns the inequities of the false prophets who deceive the people. And He speaks judgment upon them. He declares that they are selfish and think only of their gain and profit. In favoring the rich, they refuse to expose the immoral state of the people. And they fail to rebuke the sins of His children (Micah 3:5).

The false prophets should warn God’s children of coming disaster and the need for forsaking their evil ways. But instead, they affirm there is nothing to fear. God judges them saying, “Because with lies you have made the heart of the righteous sad, whom I have not made sad; and you have strengthened the hands of the wicked, so that he does not turn from his wicked way to save his life” (Ezekiel 13:22).

Satan the father of lies

Prophets who preach peace and safety in spite of sin and disobedience, when God has declared that sin is about to reap its consequences, are resounding Satan’s first lie that was told by the serpent in the Garden of Eden, “Ye shall not surely die” (Genesis 3:4). Satan challenged the truthfulness of God’s command by an obvious lie, for which reason the Son of God was correct in calling him the father of lies (John 8:44).

If the false prophets are ashamed of their lies and deceit, there would be hope. But they walk in rebellion, “being past feeling, have given themselves over to lewdness, to work all uncleanness with greediness” (Ephesians 4:19). And thus, they are beyond the convictions of God’s Holy Spirit. 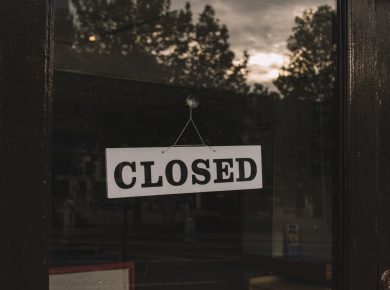 Table of Contents 1-It will oppose God’s Law which commands the observance of the 7th day Sabbath found in Exodus 20:8-11.2-It is associated with worship.3-It will be a counterfeit of…
View Post