The story of the Ethiopian eunuch is recorded in the book “Acts of the Apostles” chapter eight. The Ethiopian eunuch was an important official in charge of all the treasury of the Kandake the “queen of the Ethiopians” (Acts 8:27). Eunuchs were generally castrated by kings to make certain that they will not have physical relations with the Royal harem (Esther 1:10; 2:3; Daniel 1:9; Matt. 19:12).

It is clear that this person was a Jewish proselyte. For he went to Jerusalem to worship the Lord. And on his way home coming back from Jerusalem, the angel of the Lord told Philip, one of the seven deacons who was preaching in Samaria (v. 4-8), to go south to the road that goes down from Jerusalem to Gaza (v. 26). So Philip started out. And on his way, he met the Ethiopian.

Philip preached to the Ethiopian

The Ethiopian was sitting in his chariot reading the book of Isaiah. And the Lord asked Philip to join the chariot, and when Philip got close, he heard the Ethiopian reading from the book of Isaiah. So, Philip asked him if he understood what he was reading. The man answered, “How can I, unless someone guides me?” He then invited Philip to come sit with him in the chariot (verse 31).

The passage he was reading was take from Isaiah 53:7–8. “He was led like a sheep to the slaughter, and as a lamb before its shearer is silent, so he did not open his mouth. In his humiliation he was deprived of justice. Who can speak of his descendants? For his life was taken from the earth” (v. 32, 33). So, the Ethiopian asked Philip, “Tell me, please, who is the prophet talking about, himself or someone else?” Then Philip began with that very passage of Scripture and told him the good news about Jesus (v. 34, 35).

The eunuch got baptized

The Ethiopian eunuch gladly accepted the the truths of the gospel and believed in Jesus Christ as his personal Savior. And as they traveled along the road, they came to some water and the Ethiopian asked to be baptized?” (v. 37, 38). So, Philip baptized him.

But When they came up out of the water, the Spirit of the Lord suddenly took Philip away, and the Ethiopian did not see him again. Believing that the appearance of Philip was an act of providence, the eunuch did not search for him, but went on his way rejoicing in the new light he had received (v. 39). Then, Philip, appeared at Azotus and traveled about, preaching the gospel in all the towns until he reached Caesarea (v. 40).

The ministry of the Ethiopian eunuch

Eusebius (Ecclesiastical History ii. 1. 13; Loeb ed., vol. 1, pp. 110, 111) records of the Ethiopian eunuch as returning to his home country, and spreading “the knowledge of the God of the universe and the sojourn of our Saviour which gives life to men,” and so fulfilling the words “Ethiopia shall soon stretch out her hands unto God” (Ps. 68:31). It is noteworthy to add that the Ethiopian church retained the simplicity of the life and teachings of the early church for some time. 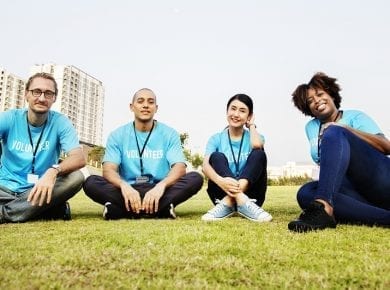 This answer is also available in: हिन्दीThe Bible teaches the principle of giving tithes “And concerning the tithe of the herd or the flock, of whatever passes under the rod,…
View Answer 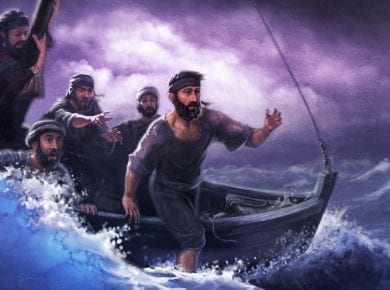 This answer is also available in: हिन्दीThe leadership of Peter was a result of his enthusiasm, eagerness, courage, loyalty and organizing ability among the disciples. He appears first in all…
View Answer