The book of Judges chapter 15 tells the story of the betrayal of Samson’s first wife. She was a Philistine from Timnah. The Philistines were ruthless wicked pagans that oppressed the Israelites and afflicted them at that time.  Nevertheless, Samson wanted this woman and asked his parents to get her for him as a wife (v. 2). But his godly parents advised him saying that this is a clear breaking of God’s law against intermarriage with pagans (Deut. 7:3).

Samson insisted on his way and his parents went with him to Timnah to ask for the woman’s hand in marriage. On the way a lion attacked Samson. But “The Spirit of the Lord came powerfully upon him so that he tore the lion apart with his bare hands” (Judges 14:6). Later on, when he went to get his wife, Samson passed by the carcass of the lion and found it filled with a honey. Samson ate the honey comb and broke his Nazirite vow that stated: “Throughout the period of his separation to the Lord he must not go near a dead body” (Numbers 6:6).

Samson held a wedding feast for his bride. And according to the custom of the pagans (Judges 14:10) the feast was a “drinking party.” And this was another violation to the Nazirite vow for, Samson was to “abstain from wine and other fermented drink” (Numbers 6:3). We don’t know if Samson drank wine or fermented drink at this feast but he was in the company of an ungodly people that did drink and party.

Being angered by this deception, Samson killed thirty pagan Philistines and gave their possessions to those who stole the meaning of the riddle. Then, the Philistines gave Samson’s wife to another man. For this act, Samson, swore to “get even with the Philistines” (Judges 15:3). So, he burned the Philistines’ crops (verses 4–5). And the ruthless Philistines murdered his wife and her family (verse 8).

After these events, Samson hid in Judah but the inhabitants there feared that Samson would bring them trouble, so they tied him up and delivered him to the Philistines (Judges 15:8–13). But “the Spirit of the Lord came powerfully upon [Samson]. The ropes on his arms became like charred flax, and the bindings dropped from his hands” (verse 14). Then, Samson with the jawbone of a donkey slaughtered 1,000 Philistines (verse 15).

Although Samson did sin by marrying a pagan woman and broke his Nazirite vow, God used this incident to punish the wicked Philistines for oppressing Israel: “This was from the Lord, who was seeking an occasion to confront the Philistines” (verse 4). Thus, the Lord overruled the course of events to administer justice on the evil doers. 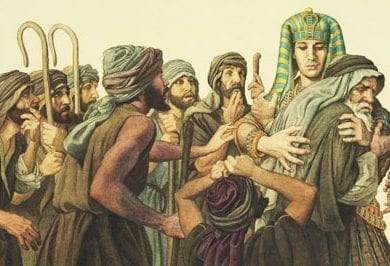 Some wonder did Joseph forget his father’s love? And why didn’t he make a decided effort to get in touch with his father who was mourning for him thinking that…
View Answer 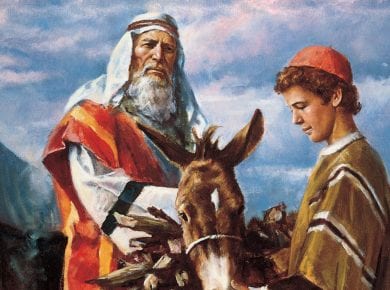 Isaac was a godly man that lived a life of faithfulness and obedience to God. But the main characteristics that stands out in his life was his perfect submission to…
View Answer