David sinned with Bath-sheba and his evil was exposed. And it became clear that David was the father of Bath-sheba’s son. Even suspicions arose that he was the one that caused the the death of Uriah. This was a very serious offense because David was not only the king of Israel but also the Lord’s anointed to carry on His will in the Land. Thus, David’s sin brought dishonor to God.

So, the Lord sent Nathan the prophet to David with a message of rebuke that he may repent of his sin. And in an effort to help David see the magnitude of his sin, Nathan had to be wise in relaying the message.  Nathan told the king an allegory which was supposed to arouse the king’s anger and cause him to give a sentence upon himself. Nathan said:

“There were two men in one city, one rich and the other poor. The rich man had exceedingly many flocks and herds.  But the poor man had nothing, except one little ewe lamb which he had bought and nourished; and it grew up together with him and with his children. It ate of his own food and drank from his own cup and lay in his bosom; and it was like a daughter to him.  And a traveler came to the rich man, who refused to take from his own flock and from his own herd to prepare one for the wayfaring man who had come to him; but he took the poor man’s lamb and prepared it for the man who had come to him.”

“So David’s anger was greatly aroused against the man, and he said to Nathan, “As the Lord lives, the man who has done this shall surely die!  And he shall restore fourfold for the lamb, because he did this thing and because he had no pit” (2 Samuel 12:1-5).

In spite of his sin, David had a sense of justice, and gave a solemn oath and pronounced a sentence against the man – a sentence of death against himself. Then, Nathan said to David, “You are the man! Thus says the Lord God of Israel… ‘Behold, I will raise up adversity against you from your own house; and I will take your wives before your eyes and give them to your neighbor, and he shall lie with your wives in the sight of this sun.  For you did it secretly, but I will do this thing before all Israel, before the sun.’” So David said to Nathan, “I have sinned against the Lord” (2 Samuel 12:5-13).

David had been a good man who tried to obey the Lord in all his life. But he fell to temptation, and in an effort to conceal his sin, he was entrapped more in it.  But now he woke up to his senses. So, David confessed himself as a sinner with deep humility and broken spirit. In the psalm 51, David not only acknowledged his sin and asked for forgiveness but prayed to God to create in him a clean heart and renew a right spirit within him. He said, “Blot out my transgressions. Wash me thoroughly from my iniquity, and cleanse me from my sin” (Ps. 51:2, 3, 10). 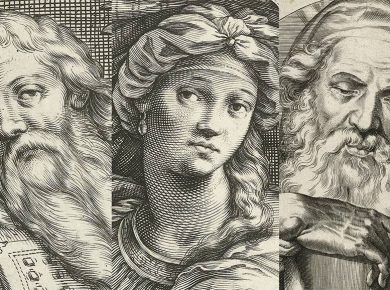 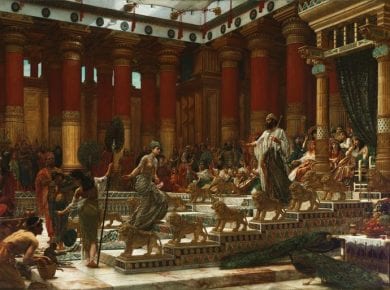 This answer is also available in: हिन्दीThe Bible presents monogamy as God’s ideal for marriage. The Bible says that God’s original intention was for one man to be married to…
View Answer