The word reconciled (Gr. Katallassō) means “to exchange,” and hence to change the relation of unfriendly parties into a peaceful relationship. The Bible tells us that sin had separated man from God (Isaiah 59:2). And it caused his heart to be at rebellion with the principles of God’s law (Romans 1:18 – 3:20; 8:7). Adam’s sin stained the divine image in man (Romans 5:12). And ever since man’s fall, all of Adam’s offspring have continued to fall short of the glory of God. “For all have sinned and fall short of the glory of God” (Romans 3:23).

The plan of salvation

God’s plan of salvation for man’s reconciliation was initiated back in eternity, even before man sinned (Revelation 13:8). In the case of sin, God planned to offer His Son that the evil rebellious humans might be reconciled. “For God so loved the world that He gave His only begotten Son, that whoever believes in Him should not perish but have everlasting life” (John 3:16).

Salvation and glory were made available to all those that accept God’s free gift of love. “For if when we were enemies we were reconciled to God through the death of His Son, much more, having been reconciled, we shall be saved by His life” (Romans 5:10).

Christ the mediator between God and man

By His death, Christ made it possible for the Father to do for humans what He otherwise could not have done (Romans 3:25, 26). By bearing the penalty of sin Jesus provided a path by which humans might be reconciled to God’s peace. They were brought back to their original state of perfection.  And if it wasn’t for the death of Christ, all people would have reaped the deadly consequences of sin and rebellion in the Day of Judgement under the wrath of God (Romans 2:5; 3:5; 5:9; 1 Thessalonians 1:10).

The enmity was only from man’s side (Colossians 1:21). Though God hates sin, His love for His lost children is even greater, and He has done everything in His power to bring about the reconciliation. Christ did not die to win God’s love for mankind, but to win mankind back to His Father (Romans 5:8). Thus, it is God who, in His great love, started the reconciliation. “God was in Christ, reconciling the world unto himself” (2 Corinthians 5:19; Ephesians 2:16; Colossians 1:20). 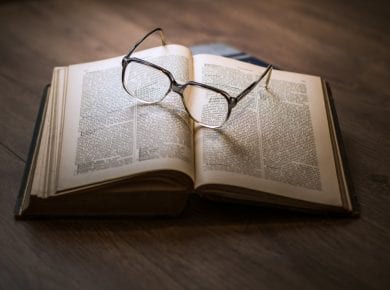 This page is also available in: हिन्दी (Hindi)Paul said we are justified by faith alone, yet James said we we are justified also by works. Are Paul and James contradicting each other?…
View Answer 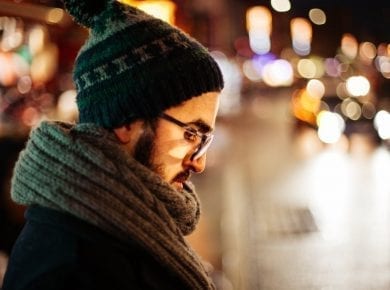 This page is also available in: हिन्दी (Hindi)The prophet Isaiah declared, “all our righteousnesses are like filthy rags” (ch. 64:6). Man’s best efforts can’t produce righteousness. Only the righteousness that…
View Answer