The Bible tells us that in the seventeenth year of Pekah the son of Remaliah, Ahaz the son of Jotham, king of Judah, began to reign (2 Kings 16; 2 Chronicles 28). Ahaz became king at the age of 20  and ruled from 731 to 715 BC.  Ahaz was an evil king that did not walk in the path of his godly father King Jotham (2 Chronicles 27:2). And because of his rebellion against God, the nation faced its ruin about 586 BC (Isaiah 7–10).

Ahaz practiced idolatry and adopted heathen practices. For he burned incense in the Valley of the Son of Hinnom, and burned his children in the fire, according to the abominations of the nations whom the LORD had cast out before the children of Israel. Human sacrifice was one of the most terrible sins of Palestine, and in the time of Judah it became a common aspect of religious worship (Jer. 7:31; 19:2–6; 32:35; Eze. 16:20, 21). And the king also sacrificed and burned incense on the high places, on the hills, and under every green tree in an effort to promote polytheism (2 Chronicles 28: 3-4; 2 Kings 16:3).

So, the Lord in judgement against Ahaz’s apostasy caused King Rezin of Aram and King Pekah of Israel to attack him. And they defeated him with a great slaughter. Pekah killed one hundred and twenty thousand in Judah in one day because they had forsaken the LORD God of their fathers. And the children of Israel carried away captive of their brethren two hundred thousand women, sons, and daughters; and they also took away much spoil and brought it to Samaria (2 chronicles 28:5-8).

In an effort to defend his land, Ahaz made a coalition with the king of Assyria. And he took the silver and gold that were in the house of the LORD, and in the treasuries of the king’s house, and sent it as a present to the king of Assyria (2 kings 16:8). So, the king of Assyria went up against Damascus and took it, carried its people captive to Kir, and killed King Rezin (v. 9).

Then, King Ahaz in honor of the king of Damascus made a copy of a pagan altar (2 Kings 16:11) that he saw in in his city and placed it in Jerusalem. And he offered sacrifices on that altar to the pagan gods and moved the altar of the Lord from its place (v. 15). Then, he gathered the articles of the house of God and cut them in pieces, shut up the doors of the house of the LORD, and made for himself altars in every corner of Jerusalem (2 Chronicles 28:25; 2 Kings 16:17–18). And he discounted the temple services (2 chronicles 29:7).

Finally, King Ahaz died but was not buried in the tombs of the kings of Israel (2 Kings 16:20; 2 Chronicles 28:27). And his son Hezekiah reigned after him. This young king was good man and didn’t walk in the path of his wicked father but “did what was right in the eyes of the LORD” (2 Chronicles 29:2). And he made a covenant with the Lord that his people would henceforth serve Jehovah. So, he opened the temple doors and “the service of the house of the LORD was set in order” and the king and all the people rejoiced in the new reforms that would bring God’s favor and prosperity to their land (v. 35–36). 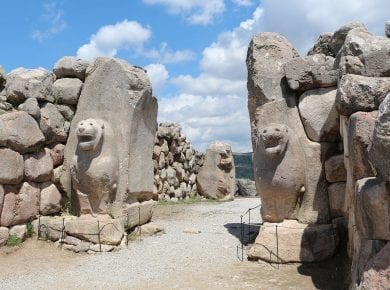 Critics challenged the truth of the Scripture’s record in showing the widespread territory of the Hittite nation, preceding the recovery of information about the Hittites, with the excavation of the…
View Answer 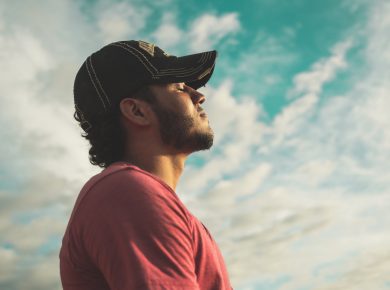 “And do not be conformed to this world, but be transformed by the renewing of your mind, that you may prove what is that good and acceptable and perfect will…
View Answer