Jacob wrestles with the Angel of Covenant

The scriptures tell us: “Then Jacob was left alone; and a Man wrestled with him until the breaking of day. Now when He saw that He did not prevail against him, He touched the socket of his hip; and the socket of Jacob’s hip was out of joint as He wrestled with him. And He said, “Let Me go, for the day breaks.” But he said, “I will not let You go unless You bless me!” (Genesis 32:24–26).

Because Jacob had used deception to secure his father’s blessing, intended for Esau, he fled for his life. For his brother threatened to kill him. After staying for many years in exile, he, at God’s command, planned to return with his wives and children, his flocks and herds, back to his home country. Upon arriving to the borders of the land, he was filled with terror by the news of Esau’s coming with a band of warriors, to take revenge. He realized that It was his own sin that had brought this danger upon his family. His only hope was in the mercy of God.

To prepare for the predicament, Jacob spent the night in prayer. He wanted to confess his sin and make everything right with God. By his persistence in prayer and faith, God gave him the blessing before the night had passed. For the Angel of Covenant said, “Your name shall no longer be called Jacob, but Israel; for you have struggled with God and with men, and have prevailed” (Genesis 32: 28). The Angel of the Covenant was the Son of God (Genesis 32:30).

The purpose of all struggling with God was not to conquer Him but to conquer self. The acknowledgment of weakness is our strength, and those who come with the prayer, “I will not let thee go, except thou bless me,” find that it grants them strength with God. Jacob’s history is an assurance that God will not cast off those who have been deceived, tempted and betrayed into sin, but who have returned unto Him with true repentance.

Jeremiah wrote about “the time of Jacob’s trouble” and showed the intensity of the experience that was to come to ancient l Israel (Jeremiah 31:6). The prophet compares it with the earlier experience of Jacob when he wrestled with the Angel of the Covenant. He wrote, “Alas! For that day is great, so that none is like it; and it is the time of Jacob’s trouble, but he shall be saved out of it” (Jeremiah 30:7).

This same experience of agonizing soul searching will be the experience of spiritual Israel or the church after the close of probation, just before the Lord’s second advent. Only those who have confessed every known sin will be able to triumph in that time of spiritual anguish known as the “time of Jacob’s trouble.”

The believers will plead God’s promise: “Let him take hold of My strength, that he may make peace with Me; and he shall make peace with Me” (Isaiah 27:5). They will lay hold of the strength of God as Jacob laid hold of the Angel. They will believe in God’s promise that says, I “will keep thee from the hour of temptation, which shall come upon all the world” (Revelation 3:10).

Lessens we learn from Jacob’s experience

(1) The effectiveness of intense and persistent prayer (Ephesians 6:18; Philippians 4:6; 1 Thessalonians 5:17). Jacob did not get discouraged by the dangers that threatened him, nor surrender under the troubles of his life. He courageously faced the oppositions that engulfed him, not, however, in his own strength. By the power the Lord gave, he overcome; in the stamina of this strength he wrestled with the Angel of Covenant, and succeeded. The wrestling signified the intense seriousness and energy he put forth; the goal of this wrestling was obtaining the blessing of God.

(2) Only through God’s strength can we conquer the problems that come our way. The touch that crippled Jacob’s thigh and took away his power showed the inability of humans to win in the war against sin, and without a doubt proved what God can do if we will surrender our lives into His hands (Matthew 1:21; Philippians 4:13; Hebrews 13:20, 21). 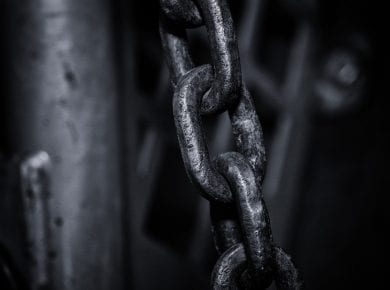 This answer is also available in: हिन्दीThe question of whether Lucifer’s angels are tied in chains comes first from Jude 6, which says, “And the angels kept not their first…
View Answer

This answer is also available in: हिन्दीThe Bible tells us that God turns His face when we sin. “But your iniquities have separated between you and your God, and your…
View Answer