The prophet Isaiah  predicted: “Who says of Cyrus, ‘He is My shepherd, and he shall perform all My pleasure, saying to Jerusalem, You shall be built, and to the temple, your foundation shall be laid” (ch. 44:28). This is a remarkable prophecy in that it mentions Cyrus by name, a century and a half before his time, and foretells the remarkable part he was to play in the liberation of the Jews.

In 605 B.C., “Nebuchadnezzar king of Babylon” came “to Jerusalem, and besieged it” (Daniel 1:1). Jerusalem was conquered and Judah was taken captive for 70 years (Daniel 9:2). After 70 years, this amazing prophecy got fulfilled. In 538 B.C., ancient Babylon fell.

The fall of Babylon

100 years earlier, God had predicted concerning Babylon and the Euphrates, “I will dry up your rivers” (Isaiah 44:27). Ancient Babylon was situated on the Euphrates river (Jeremiah 51:63, 64) and was surrounded by a wall. The Euphrates ran into Babylon through two spiked gates. When these gates and entrances were shut, Babylon was completely impenetrable. The Lord also spoke about “Cyrus,” the man who conquered Babylon, saying, “I will…open before him the two leaved gates; and the gates shall not be shut” (Isaiah 45:1).

In the British Museum in London, there exists in display the famous Cyrus Cylinder which describes how Cyrus, a general of Darius, conquered Babylon. Cyrus and his army dug trenches upstream alongside the river Euphrates which diverted the flowing water. The river gradually went down as it ran through Babylon. That night, king Belshazzar and his subjects were drunk with wine (Daniel 5), so were the guards, and they forgot to fully close the double doors. The water level became low enough for Cyrus and his men to slip under the double doors, which had been left open. They overran the doomed city, killing the king (Daniel 5:30), and conquering Babylon.

The return of the Jews and rebuilding of the temple

Soon after capturing Babylon, Cyrus issued the decree that permitted the captive Jews to return to their homeland and rebuild the Temple (2 Chron. 36:22, 23; Ezra 1:1–4). And he Proclaimed, “All the kingdoms of the earth the Lord God of heaven has given me. And He has commanded me to build Him a house at Jerusalem which is in Judah” (Ezra 1:2). Cyrus made a reference to Isa. 44:28. And Josephus (Antiquities xi. 1) claims that this passage was shown to Cyrus soon after Babylon’s fall, and it is only natural to assume that Daniel was the one the told the king about the predictions of Cyrus’ conquest of Babylonia and his part in the rebuilding of Jerusalem’s Temple.

In overthrowing Babylon and liberating the Jews, Cyrus did for literal Israel what Christ will accomplish for His children in the overthrow of mystical Babylon at the end of time (Rev. 18:2–4, 20; Rev. 19:1, 2). 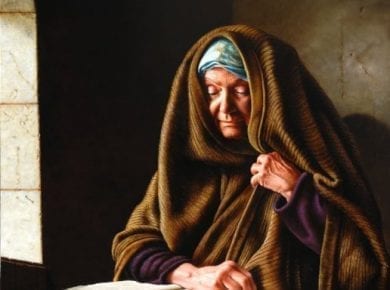 This page is also available in: العربية (Arabic) हिन्दी (Hindi)Prophetess Anna was the daughter of Penuel from the tribe of Asher (Luke 2:36).The name Anna is from the Greek word,…
View Answer 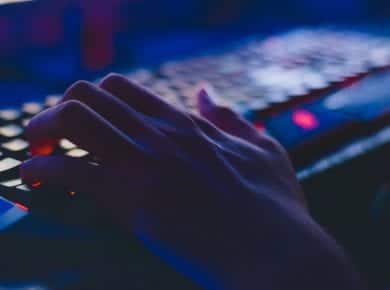 This page is also available in: العربية (Arabic) हिन्दी (Hindi)To be safe from the powerful end-time deceptions, the believer needs to: A. Test every teaching by the Bible Whatever men may…
View Answer