Home Miscellaneous How did apostasy start in the early church?

Concerning the apostasy, Paul under the inspiration of the Holy Spirit predicted that men would “arise, speaking perverse things, to draw away disciples after them” (Acts 20:29, 30). The result would be a “falling away” in which the power he refers to as “that man of sin” and “the mystery of iniquity” would be revealed. This power would oppose truth, exalt itself above God, and usurp the authority of God over the church (2 Thessalonians 2:3, 4). This power was already at work in a limited way during his time (v. 7), and would operate “after the working of Satan with all power and signs and lying wonders” (v. 9).

These predictions warned of the presence of threatening forces already at work in the early church, forces that introduce heresy, division, and apostasy. These forces claimed prerogatives and authority that belong only to God. This entity would eventually deceive the majority of Christians into accepting its leadership, and thus secure control of the church (Acts 20:29, 30; 2 Thessalonians 2:3–12).

As the church “left” its “first love” (Revelation 2:4), it lost its purity of doctrine, its high standards of personal conduct, and the unity provided by the Holy Spirit. In worship, formalism took the place of simplicity. Popularity and personal power became the determinants in the choice of leaders.

And the administration of the local church was hijacked by ecclesiastical authoritarianism at the hands of a single official, the bishop, to whom every church member was dependent in matters of salvation. Sadly, the leadership thought only of being served instead of serving the members, and the “greatest” was no longer one who considered himself “servant of all.” Thus, slowly, developed the concept of a priestly hierarchy that came between the relationship of the believer and God.

The apostolic church then completed the process of becoming the papacy. The development of the great apostasy that concluded in the papacy was a steady process that took place over several centuries. The same is true of the decline of this power. With respect to the future, Jesus warned His disciples, “Take heed that no man deceive you,” for “many false prophets shall rise, and shall deceive many,” performing “signs and wonders” in confirmation of their deceptive claims, “insomuch that, if it were possible, they shall deceive the very elect” (Matthew 24:4, 11, 24). 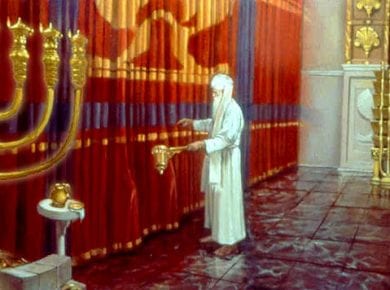 “And the priest that is anointed shall bring of the bullock’s blood to the tabernacle of the congregation: And the priest shall dip his finger in some of the blood,…
View Post 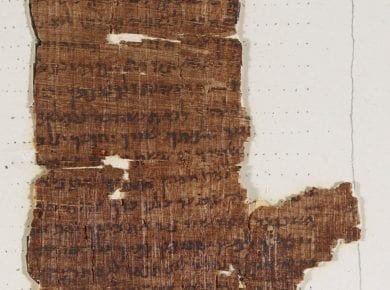 The Ipuwer Papyrus is an ancient Egyptian document that presents an extra-biblical evidence of the ten plagues in Egypt. Here are some details related to the “Ipuwer papyrus” from a Jewish…
View Post