Before entering the garden of Eden in a form of a serpent, Satan was the most powerful angel in heaven (Isa. 14:12, 13; Eze. 28:13–15). But when Satan rebelled against God, he was banished from heaven. And he used his power and lies to deceive our parents. God, did not leave Adam and Eve ignorant of the rebellion of Satan and He warned them to take heed lest they fall.

Inasmuch as God did not wish Adam and Eve to be tempted above their ability to withstand (1 Cor. 10:13), He did not allow Satan to approach them in the likeness of God, or at any other place other than the one forbidden tree. Satan, therefore, came in the form of a creature, not only far inferior to God, but far below man himself.

Adam and Eve, in allowing Satan, through the medium of a mere animal-serpent, to persuade them to break the commandment of God the Creator, were without excuse. The devil used the serpent because it is a creature more subtle than other animals (Genesis 3:1).

God allowed Satan to appear to Eve in the form of the serpent to test Adam and Eve, and see whether they would be obedient or not. The fact that God allowed for this proves that we have the capacity of choice, we as human beings are capable of choosing to obey God, or not. With this necessary element, we are differentiated from automated beings.

Therefore, those who obey and love God do so as a result of choice. We are not forced to love God, and being exposed to good and evil ensures that we remain independent of force “choose you this day whom ye will serve” (Joshua 24:15).

This answer is also available in: العربية हिन्दीThe idea that a person who is slain in the spirit should fall to the ground and wallow and mutter is not Biblical.…
View Answer 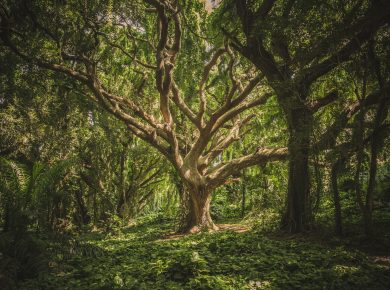 This answer is also available in: العربية हिन्दीThe fall After the fall, the Lord forbade Adam and Eve from eating from the tree of life. “Then the LORD God said,…
View Answer