I’d like to answer this question in the best way I know how, through a real-life scenario, which I titled “The Participation.”

My husband and I invited one of his good friends from when they were at university to spend a few days with us and meet our new baby. We’ll call him Joe for privacy sake. We were excited to see Joe since it had been a while since we all spent time together. After dinner we lounged in the living room in pleasant conversation. There was something interesting about Joe that I was always curious about, he experienced a profound falling away spiritually, I had known about this for some time, but never had the opportunity to discuss this with him. This was of special interest to me since my husband had shared that prior to his conversion it was Joe who had encouraged him to be a Christian and learn more about God when they were in school together. You see, Joe was once “on fire for Jesus”. He had made wild oaths that spanned years at a time that no good-looking guy in the prime of his late 20’s at the time would ever want to be bound by. He did it because he was convicted that his spirit was being sabotaged by impure desires. I mean, where are those guys today? He was the kind of person who read his Bible every day, prayed, went to church, and managed to do all that while studying medicine – that type of guy.

To have someone like Joe confess that he no longer believed in the Lord as a loving father and decided to abandon his once beautiful relationship with him was a mystery to me. During our conversation there was a moment of silence and I decided to build up the courage to ask him what it was that caused him to make such a drastic change and forsake his beliefs. He paused, looked at the floor for a few moments, and graciously shared his story with the disclaimer that he did not wish to be convinced otherwise or “preached to”, to which I politely agreed.

During residency, medical students are exposed to wide range of cases. One particular case left a deep scar on the heart of this once zealous Christian. A young woman in her 20’s was rushed into the emergency room where he was assigned to that day, she had been hit by a drunk driver, and was in critical condition, and to his utter horror she was also pregnant. She was around the same age of Joe at the time. A million thoughts were passing through his mind. He didn’t share this, but I imagined that he was praying for her, as long as she was still breathing, no matter how faint, there was still hope. She was a victim, surely the Lord would sustain her and her precious unborn baby in this great moment of need! The doctors had done all that they could. Both her and her baby died that day. Joe was crushed. In the midst of his anguish for this young mother and her baby was utter lividness with the senseless outcome of one reckless man’s drunkenness. This innocent woman was simply going about her day thinking of her sweet baby and how wonderful it will be to have them in her arms, never realizing that day would be both her and her baby’s last on earth. This was maddeningly unfair Joe reasoned. And he looked at me and stated with a cold boldness, “it was at that moment I realized I didn’t want to have a relationship with a God who would let something like this happen.” Although he tried to hide it you could tell he was still emotionally tied to that moment. It was almost as if his faith in God was hinging on whether or not this mother and her baby survived this tragic accident. It was a personal version of “How could God allow bad things to happen to good people?”

We all sat quietly for a few moments. I sighed a short prayer as to what could be said. While trying to respect his wish of not wanting to be preached to I simply shared another perspective that he hadn’t yet explored. After sympathizing with him on how difficult that must have been to witness, I went on to say, “But God did not separate himself from the experience of suffering, he participated in it with us.” Joe looked at me intently which encouraged me to go on. “In permitting His innocent Son die on the cross he also experienced the pangs of anguish that death brings, He shared in our suffering.” There was a moment of silence after which we immediately escaped the depth of this profound thought, changed the subject, and went on with our night. I know the profundity of that contemplation lingered in his heart, and for that moment that was enough.

Later that evening I kept thinking about our conversation and kept Joe in prayer. The thought that God himself participated in the cruel absurdity of the effects of evil was so mind boggling to me as I continued to ponder it. He would not allow us to suffer while he sat on His throne unable to identify with us. He would not allow this great controversy to come to pass without partaking in the experience of human suffering. However, it was much worse for him. As humans we don’t have the power to deliver ourselves from tragedy, if we did, we simply would avoid it, every single time! However, for the Divine to experience suffering is so unnecessary. It’s incensing because unlike us, He had the power to escape it, but didn’t. That choice, that willing participation to suffer knowing you have the power to fully avoid it is what makes God’s pain infinitely more excruciating than our own. But he did it for us, to identify with us, to show us what His love was capable of pushing Him to go through.

Knowing that a God would not allow His people to suffer without Himself participating in an enormously profound version of that suffering is what keeps the Lord God on the throne of my heart. My hope is that one day Joe will realize this. 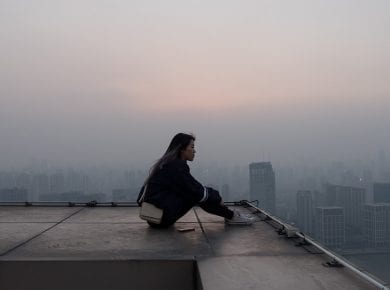 This page is also available in: العربية (Arabic) Sometimes in times of trial, you may ask the Lord to end your life, but God in His infinite mercy sees if…
View Answer 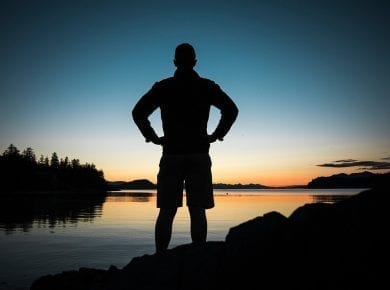 This page is also available in: العربية (Arabic) You may feel that life is so complicated and wonder why things are not simple. This is all because of sin. But…
View Answer