We get a lot of questions on the Mark of the Beast mentioned in Revelation 13:

“And he causeth all, both small and great, rich and poor, free and bond, to receive a mark in their right hand, or in their foreheads: And that no man might buy or sell, save he that had the mark, or the name of the beast, or the number of his name” (Revelation 13:16-17).

The book of Revelation reveals that the mark of the beast is the final test before the coming of Christ. Consequently, those who take this mark are those who will not inherit eternal life but rather be lost (Revelation 14:9-11).

Thus, many desire to know how to avoid the mark of the beast. The Bible gives us clear guidance on this. However, there are some questions to answer first in order to make that response more clear. These questions are as follows:

The Bible provides many identifying markers of the beast of Revelation 13. The most clear is that of committing blasphemy.  “And he opened his mouth in blasphemy against God, to blaspheme his name, and his tabernacle, and them that dwell in heaven” (Revelation 13:6). Blasphemy is the act of a man making them self as God (John 10:33). Thus, when looking at all political and religious leaders, the only world-wide power that fits this description is the Papacy. Only the Papacy holds a position where a man, the Pope, claims to stand in place of God on earth. Additionally, another title for the Pope is the “Vicar of Jesus Christ.” Vicar means “one who stands in the place of” or “substitute.”

There are many other indicators that prove the Papacy to be the beast power. For more information on this subject, please consider the following link:

3-What is the mark of the beast?

As just described, the symbol, or mark, of God’s authority is His holy Sabbath day as stated in His law. In like manner, so would the mark of the beast involve a holy day. This was prophesied in the book of Daniel. “And he [beast] shall speak great words against the most High, and shall wear out the saints of the most High, and think to change times and laws…” (Daniel 7:25). Evidently, the only law involving time is the Sabbath commandment. The Papacy has openly declared that they have changed the Sabbath in God’s commandment to Sunday.

The following is a section from a Catholic catechism:

“Question: Have you any other way of proving that the Church has power to institute festivals of precept?”

“Answer: Had she not such power, she could not have done that in which all modern religionists agree with her – she could not have substituted the observance of Sunday the first day of the week, for the observance of Saturday the seventh day, a change for which there is no Scriptural authority.” Stephen Keenan, A Doctrinal Catechism [FRS No. 7.], (3rd American ed., rev.: New York, Edward Dunigan & Bro., 1876), p. 174.

Here, the papacy states that it changed the observance of the seventh day Sabbath (Saturday) to the first day of the week (Sunday). It claims Sunday as the mark, or symbol, of her authority. However, the Bible declares that the saints will keep all of God’s commandments  (Revelation 14:12, Matthew 19:7, 1 John 2:3-4). This includes the seventh-day Sabbath.

Those who have kept Sunday as sacred or gone to church on Sunday will not automatically receive the mark. The Bible says, “And the times of this ignorance God winked at; but now commandeth all men every where to repent: Because he hath appointed a day, in the which he will judge the world in righteousness by that man whom he hath ordained…” (Acts 17:30-31). Thus, God will not punish someone for worshiping on Sunday when they were sincerely seeking Him. God only holds us responsible to uphold truth we have knowledge of.

However, the Bible does say in Revelation 14 that there is a worldwide message from three angels (Revelation 14:6-11). The first angel declares a return to the true worship of God as creator and quotes part of the Sabbath commandment in this message “Fear God, and give glory to him; for the hour of his judgment is come: and worship him that made heaven, and earth, and the sea, and the fountains of waters” (Verse 7).  See Exodus 20:11.

The second angel’s message states that Babylon is fallen (Revelation 14:8), referring to the false religious systems. This message is later repeated, calling for God’s people to come out of Babylon, or churches that break God’s commandments (Revelation 18:1–4).

Finally, the third angel’s message warns against receiving the mark of the beast (Revelation 14:9–11). By then, the world will know that Sunday observance is unbiblical when the beast power will enforce it as law. At that time, those who knowingly choose to support the institution of the beast by observing its man-made laws and disobeying God’s seventh-day Sabbath command (Exodus 20:8-11) will receive the mark of the beast.

5- Is the Mark Physical?

The mark of the beast is said to be “in the forehead” or “in the hand.” Thus, the forehead represents the mind (Hebrews 10:16). A person will be marked in the forehead by a willful decision to keep Sunday holy. The hand is a symbol of work (Ecclesiastes 9:10). Also, person will be marked in the hand by working on God’s holy Sabbath. Likewise, they may receive the mark by obeying civil Sunday laws for practical reasons, although they do not agree. Thus, the mark of the beast will be invisible to people. The same concept is true of those who receive the seal of God (Revelation 7:3-4, 9:4).

6-Why will People Take the Mark?

The beast will seek to establish their authority as supreme. It will then give the order that “no one may buy or sell except one who has the mark” (Revelation 13:16-17). This law taking away the ability to buy and sell is to secure compliance with the dictates of the image. Thus, most will receive this mark as a means of obtaining earthly security. However, this will be short lived and will be at the price of their salvation (Revelation 19:20).

7-How Can I Avoid the Mark of the Beast?

At this point, the answer should be clear. “Here is the patience of the saints: here are they that keep the commandments of God, and the faith of Jesus” (Revelation 14:12). God desires a people who will be faithful to Him and His commandments. Jesus said, “ If ye love me, keep my commandments” (John 14:15).

Even so, this does not mean man’s interpretation of the commandments. Rather, it is faithful observance based on God’s word (Colossians 2:8, Hebrews 4:8-10).

The main point in keeping God’s commandments is love to God and others. If our love for God is supreme, we will not be in danger of the mark of the beast. Consequently, we will not be shaken in our decision to remain faithful to God and His word (Hebrews 12:27-28). Therefore, it is important that we remain close to God by spending time with Him in prayer and Scripture (Luke 21:36).

May we keep our eyes focused on Jesus and remain faithful to Him. “These shall make war with the Lamb, and the Lamb shall overcome them: for he is Lord of lords, and King of kings: and they that are with him are called, and chosen, and faithful” (Revelation 17:14).

The contents of this article and website are not intended to be against any individual. There are many priests and faithful believers in Roman Catholicism. These who serve God to the best of their knowledge and are seen by God as His children. The information contained herein is directed only towards the Roman Catholic religio-political system which has reigned in varying degrees of power for nearly two millennia. This system has established an increasing number of doctrines and statements that directly go against the Bible.

It is our purpose to lay the clear Word of God before you, the truth-seeking reader. It is up to you to decide for yourself what is truth and what is error. If you find anything here contrary to the Bible, do not accept it. However, if you desire to seek for Truth as for hidden treasure, and find herein something of that quality and feel that the Holy Spirit is revealing Truth to you, please make all haste to accept it. 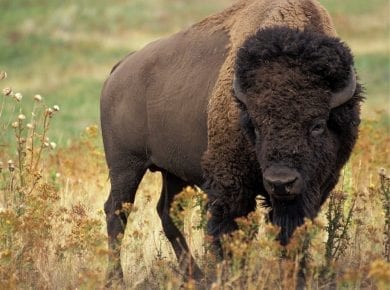 This page is also available in: العربية (Arabic) हिन्दी (Hindi)“Then I saw another beast coming up out of the earth, and he had two horns like a lamb and spoke…
View Answer 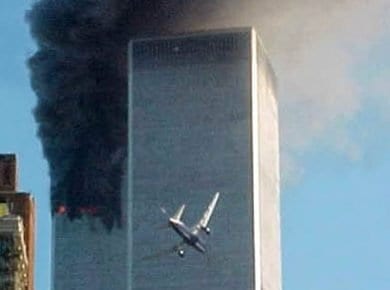 This page is also available in: العربية (Arabic) हिन्दी (Hindi)After the terrorist attack on the World Trade Center in New York City 9/11, 2001, some claimed that a supposed prophecy…
View Answer