Home Blog Hollywood and the Church of Scientology!

Tom Cruise & John Travolta launched Scientology’s new $145 million building in Clearwater Fla. this sunday. This building will host the faith’s ballyhooed “Super Power” program. Super Power, a program drawn up by L. Ron Hubbard more than 30 years ago, is said to enable the religion’s devout to “create a new world.”

What do Scientologists believe anyway???

The Church of Scientology is a controversial religion developed by fiction author L. Ron Hubbard, just four years after he made the statement, “I’d like to start a religion—that’s where the money is.” And that is exactly where he found wealth and became a multimillionaire.

According to Hubbard the universe was created and is inhabited by immortal souls called “thetans,” who reside within physical bodies.  But due to the alleged accumulation of trillions of years of painful experiences called “engrams’, these thetans continue to suffer today by way of mental and physical illnesses.

Scientology claims it can free the thetan to realize his or her true powers through certain controversial procedures that allegedly free the spirit. Salvation for a scientologist comes through a process called ”auditing,” whereby ”engrams” are removed. When all engrams are finally removed, the Thetan can once again control MEST instead of being controlled by it. Until salvation, each Thetan is continually reincarnated.

Auditing is a lengthy process and can cost hundreds of thousands of dollars. In the auditing process your whole life is laid open to auditors: your relationships, your bank account, your insurance information. Your life is an open book. Scientology is a very expensive religion to pursue. This is why Scientology’s “pews” are filled only with the wealthy.

Scientology is also a very strict religion and very punitive against those who would try to leave its membership. Former Scientologists often complain of the church’s controlling nature, especially about the tight rein it keeps on information. One Scientology policy-Fair Game-says a “suppressive” person who is an enemy of the church “may be deprived of property or injured by any means by any Scientologist without any discipline of the Scientologist. [A suppressive] may be tricked, sued or lied to or destroyed” (High Command Office Policy Letter, Oct. 18, 1967).

Scientology’s “scriptures” are limited solely to the writings and teachings of L. Ron Hubbard. Theologically speaking, Scientology contradicts just about every doctrine of the Christian faith, from the nature of God, the Bible, heaven, and hell. Some of the most important differences are summarized below:

God: Scientology believes that there are multiple gods and that some gods are above other gods. Biblical Christianity, on the other hand, recognizes the One and only true God who revealed Himself to us in the Bible (Deuteronomy 6:4).

Jesus Christ: Scientology denies the deity of Christ. The Bible clearly teaches that Jesus was God in the flesh and through His incarnation He offered His life as a sacrifice for our sins (John 3:16).

Sin: Scientology believes in the inherent goodness of man and that it is despicable to tell a man he is evil and needs to repent. On the other hand, the Bible teaches that man is a sinner and the only hope for him is to accept Christ as personal savior (Romans 6:23).

Salvation: Scientology believes in reincarnation and that personal salvation in one’s lifetime is freedom from the cycle of birth and death. In contrast, the Bible teaches that there is only one way of salvation and that is through Jesus Christ (John 14:6).

Judging from its teachings and practices, we can only conclude that Scientology is indeed a cult. 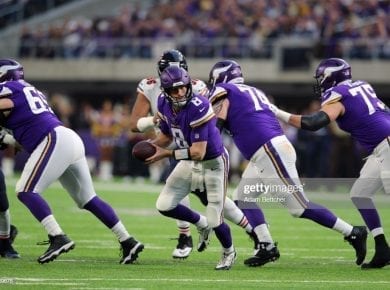 Kirk Cousins says that faith is the reason behind his decision to turn down a long term deal with the Washington Redskins. He said, that he wants to follow God’s…
View Post 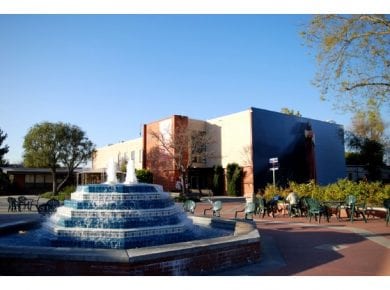 Table of Contents Part 1: Youthful NaivetePart 2: Dark Night of the SoulPart 3: Ego vs BlessingPart 4: God’s Providence “He cannot bless us unless He has us. When we…
View Post