Gomer was the unfaithful wife of the prophet Hosea. The Lord through the marital relationship of Gomer and Hosea illustrated His relationship with the people of Israel. Gomer’s unfaithfulness reflected Israel’s spiritual infidelity. The Bible often uses allegories of adultery to describe unfaithfulness to God (Ezekiel 16:32; Jeremiah 13:27; Isaiah 1:21; Revelation 17:2).

God’s love for His apostate children is the dominant theme of the book of Hosea. So, God called Hosea to raise his voice and speak against the iniquities of the northern kingdom. And Hosea served as God’s messenger during the reigns of Uzziah, Jotham, Ahaz, and Hezkiah in Judah and the last six kings in Israel.

The story started when God, asked Hosea, “Go, take to yourself a wife of whoredom and have children of whoredom” (ch. 1:2). And the Lord gave the reason for this strange command, “For the land has committed great harlotry By departing from the Lord” (v. 2). Here, God wanted to give a live illustration of His relationship with the people of Israel who backslid away from Him (ch. 1 & 2).

God chose Israel to be His special people but instead of honoring His love, they followed their own ways and worshiped Baal and Ashtaroth. The experiences through which the prophet passed in his own family life, and the feelings of his own broken heart toward his unfaithful wife gave him a faint idea about the infinite depths of the Father’s love for His people and His desire to heal them (Hosea 14:4–7).

In Chapter 3, after bearing three children, Gomer leaves Hosea to pursue her lovers and evidently she falls into debt and slavery (ch. 2:7). And the Lord commands Hosea to “Go again, love a woman who is loved by a lover and is committing adultery” (ch. 3:1). So, Hosea goes and buys Gomer back and sets her free.

In the light of this divine love, the terrible wickedness of the northern kingdom appears even blacker. The prophet also paints in sad descriptions the awful retributions that will fall upon Israel if they continue in their wicked ways. These warnings are not threats, but are statements of fact, showing that punishment will follow sin. However, through all his message, Hosea shows the deep longing of God to his fallen people.

At the end, the appeals of Hosea were rejected by the backslidden people. Unrepentant, the evil nation held to its rebellious deeds and reaped the consequences of their sins. And the people were taken into the cruel captivity of Assyrian bondage. Thus, Hosea gave God’s last message to the northern kingdom prior to its fall in 723/722 b.c. 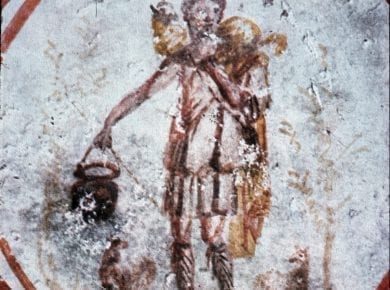 This answer is also available in: हिन्दीThe Shepherd of Hermas or The Shepherd (refers to the Good Shepherd as a symbol for Christ) is a Christian literary work of the late…
View Answer

This answer is also available in: हिन्दीThe book of Enoch is one of the pseudepigraphal works that attribute themselves to Enoch, the great-grandfather of Noah; that is, Enoch son of…
View Answer