Some wonder if God orchestrates events to bring about certain outcomes and, in the process overrules man’s freedom of choice. But the scriptures clearly show that God does not intervene to change what humans choose. The stories of Esther and Joseph provide a good example of how God allows people to do what they want and at the same time directs the circumstances to accomplish what He wants.

Thus, God’s foreknowledge has no bearing what so ever on what people choose to do. Just because a person may have knowledge of an event does not mean that he caused the event or that the person who makes the choice is directed by this knowledge.

An example of that is a person videotaping a football game. After the game, that person knows which group won the game but He had no effect on how the players played the game. Each player did exactly what he wanted to do. Each player used his own will to play. Likewise, God knows what every person will do. Using that knowledge, He can arrange events to accomplish His ends through natural circumstances. But He never intervenes with how humans use their own free will.

God foreknows because He is omniscient, that is, He knows all things. “All things are naked and opened unto the eyes of him with whom we have to do” (Heb. 4:13 also Isa. 46:10; 15:18). The past, present, and future are all equally known to Him. Nothing short of absolute knowledge would satisfy the fundamental concept of God’s perfection.

The apostasy of Satan and the fall of man were both foreseen by Him and He made provision to meet the emergency (1 Peter 1:20; Rev. 13:8). In fact, predictive prophecy is the supreme evidence of His foreknowledge. Prophecy predicts what God’s foreknowledge has seen will be. The forecasted events do not take place because they are foreseen; they are foreseen because they will take place. Divine foreknowledge and providence in no way excludes human freedom.

This page is also available in: हिन्दी (Hindi)God asks men questions when He already knows everything. Because God is sovereign over His creation, whether visible or invisible, He has to…
View Post 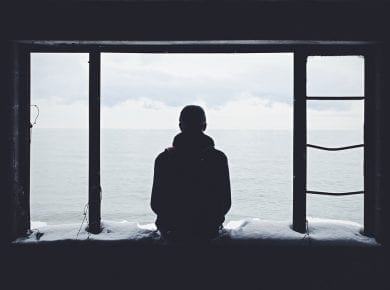 This page is also available in: हिन्दी (Hindi)While “God is a Spirit” (John 4:24), man is a soul and souls do die “the soul that sinneth, it shall die” (Ezekiel…
View Post