The Ten Commandments existed from the very beginning of time. God gave His law because it showed men what sin is. “I would not have known what sin was had it not been for the law. For I would not have known what coveting really was if the law had not said, “You shall not covet” (Romans 7:7). The Bible defines sin as, “the transgression of the law” (1 John 3:4). Sin is lawlessness, and all lawlessness is sin. God made His will known to men through His law.

Therefore, from the very beginning of time, God formulated laws to guide people, to enable them to enjoy life fully, and to save them from sin (Ex. 20:1). And because the law was made available to man, men were able to know their sins. For example, Cain understood clearly that he had committed the horrible sin of killing his brother. And later his descendants were punished by the flood for their sins against God’s Moral law. Thus, before Moses, the Lord offered His children the system of offerings to atone for their sins of violating His Moral law (Genesis 4; 8:20).

Abraham diligently observed them all, whether they came directly from God or whether they had been handed down from past generations. He purposed in his heart to obey God implicitly. And when he failed, he approached God with the sacrifice of repentance (Heb. 7:25; 8:1–4). And His descendants followed in his pattern in obedience to God’s law. And when the Israelites lost the knowledge of God’s law in Egypt where they were enslaved for 400 years, the Lord reinstated His laws by His servant Moses. The Lord wrote His Ten Commandments (Exodus 20:3-17) by His finger in stone (Deuteronomy 10:4, 5) and gave to them. 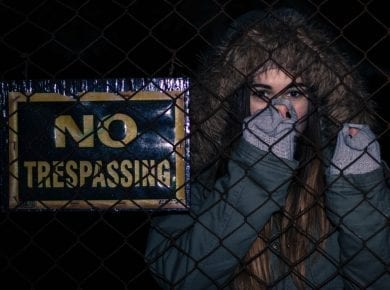 This answer is also available in: العربية हिन्दीThe apostle Paul wrote, “Do not forget to show hospitality to strangers, for by so doing some people have shown hospitality to angels…
View Answer

This answer is also available in: العربية हिन्दीThe Jewish feasts of Leviticus 23 are seven annual feasts of Israel. They were spread over seven months of the Jewish calendar, at…
View Answer