Although God planned to offer Jesus to die for our sins, Judas and Pilate made their own choices in betraying Jesus. The Bible says for God so loved the world, that He sent His only begotten Son (John 3:16) bu it is up to man to accept or reject this gift of love (John 1:12).

There is a critical difference between God’s foreknowledge and God’s power to predetermine an event. Predestination pre-decrees the outcome, whereas foreknowledge knows the outcome of all things in advance. Because God sees the future, that does not mean He will make it happen.

God created man with the freedom of choice. Humans can choose to do good or evil. God does not interfere with our choices and He fully respects our decisions. While, God wishes that all men may be saved and have eternal life, some will choose otherwise. And He cannot change what they chose because He does not force people to love Him.

The Bible prophesied that Jesus’ close friend (Judas) would betray Him (Psalms 41:9). God merely foresaw what would happen, but Judas made choices of his own free will. Christ washed the feet of Judas just like He washed the feet of John and James.  Judas could have repented, but he chose not to. His greed for power and money overruled his love for Jesus.

In His mercy God warned Pilate through a dream given to his wife (Matthew 27:19). Apparently the letter from Pilate’s wife, whom tradition has named Claudia Procla, arrived immediately before Pilate sent for Barabbas. Pilate was already convinced of the innocence of Jesus, and the warning from his wife provided a supernatural confirmation. But Pilate did not render the verdict he knew to be right. And he made the decision to go against his convictions and sentence Jesus to be crucified.

If Judas and Pilate made the right decisions and repented, Jesus would have still died but through other circumstances.

This answer is also available in: हिन्दीAfter the resurrection, Jesus appeared to His disciples for forty days and He gave them important instructions to receive divine power, boldness and wisdom…
View Answer 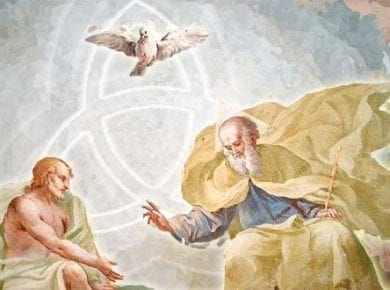