Question: For what purpose was the tithes used in the OT? And do tithes apply in the NT?

Answer: The Bible explains that tithes (Leviticus 27:32) were used for three purposes:

-To support the Levitical ministry (Numbers 18:21). The tithe was used for the income of the priests. The tribe of Levi (the priests) received no portion of land for crop-growing and business operations, while the other 11 tribes had the land divided between them. So, God’s plan was that the tithe would support the priests and their families as they worked full time for God. This same principle also applies in the NT: “Do ye not know that they which minister about holy things live of the things of the temple? and they which wait at the altar are partakers with the altar? Even so hath the Lord ordained that they which preach the gospel should live of the gospel” (1 Corinthians 9:13, 14). Thus, tithe is be given to God’s ministers of the gospel (pastors, Bible workers, missionaries…etc.)

-To provide for God’s people to observe His commanded festivals (Deuteronomy 14:22-27). This second tithe was distinct from the first tithe which was devoted exclusively to the support of priests and Levites (Num. 18:21, 26). This second tithe is also spoken of in Deut. 14:28 and 26:12–15.

Some have assumed that just one tithe was saved and then divided among these three categories as a person saw fit. But the Bible shows that this assumption is not correct because Numbers 18:21 speaks of God giving the Levites 10% and not part of a tithe.

The tithes are different than the offerings (Psalms 96:8).  The Lord asks His children to bring their offerings to express their gratitude for His blessing. “Every man according as he purposeth in his heart, so let him give; not grudgingly, or of necessity: for God loveth a cheerful giver” (2 Corinthians 9:7). The Bible does not specify a set amount for offerings. Each person decides based on his income. These offerings can be given to cover church expenses, poor, charity, health, education purposes…etc. 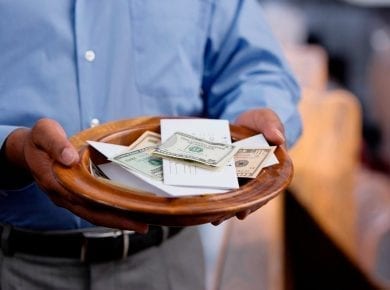 “Bring ye all the tithes into the storehouse, that there may be meat in mine house, and prove me now herewith, saith the Lord of hosts, if I will not…
View Answer 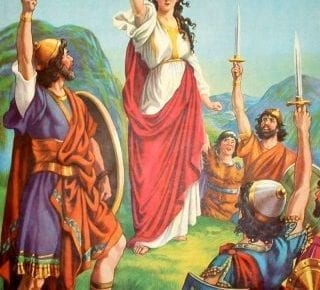 Deborah was a prophetess and also a judge but she was never a priest. For this reason, she does not serve as an example of women spiritual leaders in the…
View Answer