After years of careful study, it has been concluded that the Dead Sea Scrolls give substantial confirmation that our Old Testament has been accurately preserved. The scrolls were found to be almost identical with the Masoretic text. Hebrew Scholar Millar Burrows writes, “It is a matter of wonder that through something like one thousand years the text underwent so little alteration. As I said in my first article on the scroll, ‘Herein lies its chief importance, supporting the fidelity of the Masoretic tradition.'”Millar Burrows, The Dead Sea Scrolls (New York: Viking Press, 1955), 304.

One of the most respected Old Testament scholars, the late Gleason Archer, examined the two Isaiah scrolls found in Cave 1 and wrote, “Even though the two copies of Isaiah discovered in Qumran Cave 1 near the Dead Sea in 1947 were a thousand years earlier than the oldest dated manuscript previously known (A.D. 980), they proved to be word for word identical with our standard Hebrew Bible in more than 95 percent of the text. The five percent of variation consisted chiefly of obvious slips of the pen and variations in spelling.” Archer, 25.

Despite the thousand years gap, scholars found the Masoretic Text and Dead Sea Scrolls to be nearly identical. The Dead Sea Scrolls provide valuable evidence that the Old Testament had been accurately and carefully preserved.

These manuscripts clearly revealed that the copyists and readers of the Hebrew Bible had a very great reverence for the word of God that they transmitted its text most accurately and faithfully. The scholarly world has been amazed to see that since the time of Christ the text of the Hebrew Bible has experienced no change of any consequence what so ever. 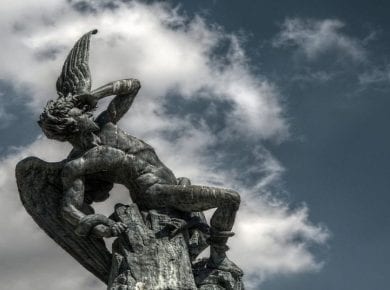 This page is also available in: العربية (Arabic) हिन्दी (Hindi)Question: Where does it say that when God created man, He asked all of His Angels to bow to man but…
View Answer