“And from Jesus Christ, the faithful witness, the firstborn from the dead, and the ruler over the kings of the earth. To Him who loved us and washed us from our sins in His own blood” (Revelation 1:5).

What does the phrase “firstborn from the dead” in revelation mean?

Though Jesus was not the firstborn from the dead in point of time, He is considered the first  in the sense that all others resurrected before and after Him gained their freedom from the bonds of death through His victory over death. Jesus’ power to give His life and to take it again (John 10:18) separates Him from all other men resurrected from the grave and identifies Him as the source of all life (Rom. 14:9; 1 Cor. 15:12–23; John 1:4, 7–9).

Jesus is the only One that can unlock the tomb “I am the Alpha and the Omega, the Beginning and the End,” says the Lord, “who is and who was and who is to come, the Almighty. I am He who lives, and was dead, and behold, I am alive forevermore. Amen. And I have the keys of Hades and of Death” (Revelation 1:8, 18).

The word “first” has different meanings. For example, the president’s wife is called “the first lady” but that doesn’t mean she is the first lady to ever exist but rather she is “first” in rank or position. So, it is clear that in this verse the word “first” means preeminence in rank and honor.

John writes, “Jesus said unto them, Verily, verily, I say unto you, Before Abraham was, I am” (John 8:58). Jesus used the same the Self-existent phrase that he used at…
View Answer 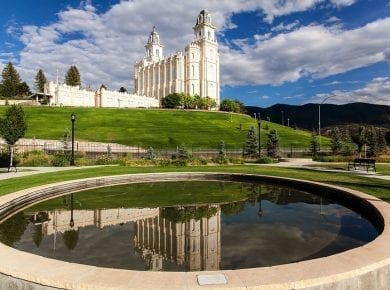 The Mormon doctrine of many gods is not Biblical. Let us read the passage found in John 10:33-26 to better understand what Jesus was referring to: “For a good work…
View Answer