What is fanaticism? Isn’t it easy to avoid? Why should I worry about it? Well, one definition of fanaticism is that it is extreme and uncritical zeal or enthusiasm, as in religion or politics. The focus of this article will be on religion. Fanaticism is not easy to avoid, particularly for those who are sincere at heart. One should worry about it because it can affect someone very close to you, so at least becoming aware of it might come in handy if you ever are at the verge of it, or have someone who is going towards that direction. I will not be talking about fanaticism in religions outside of Christianity. Islamic fanatics are classified in a whole new category, for Islamic fanatics cross the line of harming others in their zeal. Christian fanatics, although there are exceptions, do not generally cross this line.

Unfortunately, it is mostly the sincere who fall into fanaticism. They do not intend to become fanatic. They are lead by zeal to discover some new truth that will shake the world, like when the knowledge of salvation by grace rather than works was first discovered. Sometimes the longing to be different, special or out of the ordinary, can drive people to become fanatic. There is a psychology to it. People who fall into fanaticism group themselves away from society, setting themselves aloof because of their superior knowledge. This tendency to exclude oneself from society often leads to a lack of apathy on their part, they no longer care about those who do not see things the way they see them. They will throw knowledge at you without the care that should be mingled when introducing something new. In their minds, you either take it (become enlightened), or you don’t (thus being doomed to destruction).

You may envy the fortitude of some fanatics. They are often so sure and convinced of what they have that it makes you doubt what you know. But when you look at their fruits, something should pop out, and that is a lack of love. I have someone very close to me who has fallen into fanaticism. The love he once had towards his siblings is now gone because they refused the “light” he shared. He has disowned them from the title of family. While he expresses “sadness” that they will not be with him in heaven, he no longer calls to check up on them to see how they are doing, neither does he allow them to do the same. To him, they are already dead. Fanaticism can change love into hate. Not verbally manifested hate, but hate that is expressed in action, for after all, actions speak louder than words.

People fall into religious fanaticism when they dive too deep into something that is not clear in the Bible, while simultaneously losing sight of the clear principles already obvious. Fanatics often deviate from set principles in the Bible claiming that “future light” has been revealed. While it is true that light is progressive, new light will never contradict old light. Unfortunately, it is this key principle that fanatics become blind to.

The problem with fanaticism is that once someone has fallen into it, they are unaware that they are deceived. They are unaware that they have drifted away from society because they start to form their own societies. These societies, while providing social needs and psychological comfort, are the most dangerous aspect of fanaticism. The reason for this is that fanaticism catches people in two ways: intellectually and emotionally. The ‘strongest’ fanatics are those who are convinced in both ways, the most common fanatics have been convinced of something intellectually, while the weaker fanatics are those who have been convinced emotionally, and are driven by someone convinced of the other two. If one was to ever fall out of fanaticism because it has lost its intellectual appeal, that person might choose to stay in fanaticism to still be part of the group. This is dangerous; losing group benefits is a major concern to them.

Religious fanaticism is by far the strongest type, but there are certain insights on how to protect yourself from it:

– Prayer. This is the strongest yet often misconceived aspect. Only the Lord can protect you but that is only if you allow Him to by not letting pride interfere.

– Reference Standards. For Christianity, our reference standard is the Bible. When a teaching contradicts basic Bible principles, or when a teaching requires too much studying so that truth has lost its simplicity, that is when we have to raise alarm flags. This is the most controversial point because it involves interpretation of the Bible. But if we allow the Bible to be compared to itself, line upon, precept upon precept, here a little and there a little, we should be safe.

– Standing up as an individual. Some people allow themselves to be driven by a strong ‘leader.’ They go with the flow and are too weak to swim against the current. This may sound unlikely, but it is true, especially among immediate family members or those who may be financially dependent upon others. This is not uncommon among religious fanaticism. In fact, often times strong opinions are driven across to others because they feel guilty for thinking contrary to what is being taught. Fanatic religious leaders often have a charisma that is so strong that they can convince someone else that God’s will is that they accept this “new truth” and that if they do not accept this new truth, they are guilty of refusing important light. In fear of disappointing God, the weaker become deceived. This is not to make the strong leader sound as though he/she is purposefully leading people astray, the leaders are often times deceived themselves.

Fanaticism is a very complicated, delicate, and real issue. Keep in mind that not everything that is labeled as fanaticism is actually fanatic. We have to use our God given capacity of reason to be able to decipher between truth and error, between the characteristics of fanaticism and sincerity. There is a fine line between fanaticism and sincerity. One can be sincere, yet wrong. Our standard should be the Bible, and if someone approaches you with a “new light” from the Bible, test it for yourself and see if it is truth. Test it prayerfully, test it logically, and remember that new light will never contradict ‘old’ established truth. 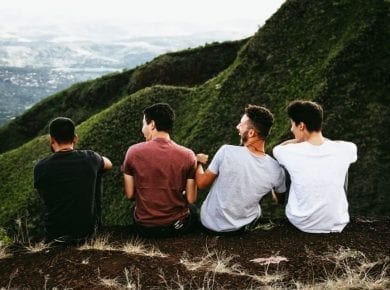 The story of Korah is a startling example of the judgment of God in the face of rebellion.  Korah, Dathan and Abiram are infamously known for coveting the positions of…
View Answer

Muhammad Ali (1942-2016), an American former heavyweight champion boxer and one of the famous sporting figures of the 20th century, died last Friday at a Phoenix-area hospital. He had been…
View Answer