“But the LORD hardened the heart of Pharaoh; and he did not heed them, just as the LORD had spoken to Moses.” (Exodus 9:12).

The hardening of Pharaoh’s heart was evident first of all in the fact that he paid no attention to the demand of the Lord to let Israel go. His refusal was not restricted to the plagues the Egyptian magicians were able to imitate, but included those which the magicians themselves acknowledged to be “the finger of God” (ch. 8:19). It continued also after the fourth and fifth plagues, which fell upon the Egyptians but not upon the Israelites, a fact of which the king was informed (ch. 9:7).

The hardening of his heart was demonstrated even more clearly when he broke his promise to let Israel go on condition that Moses and Aaron would remove the plague, and when he was forced to confess that he had sinned (ch. 9:27). Thus when Moses was told, before reaching Egypt, that the Lord would harden Pharaoh’s heart (ch. 4:21), God referred to the continued refusal of the king to obey Him and release the Israelites.

God gave Pharaoh opportunity after opportunity to change his mind—ten separate plagues and multiple visits from Moses (who repeatedly articulated God’s word to him). But this long process resulted in giving Pharaoh more opportunities to be hardened in his rebellion—contrary to God’s will for him. God allowed the hardening of Pharaoh’s heart. God confronts all people through circumstances and His Word, but each person is responsible for his or her own separate, individual reactions.

In Christ’s parable of the sower and the seed there was no difference between the seed scattered in one kind of soil and that sown in the others, or yet in the manner in which it was sown. Everything depended upon the reception given the seed by each type of soil. In like manner, the hardening of Pharaoh’s heart was in no way an act of God, but rather a deliberate choice on his own part. By repeated warnings and displays of divine power God sent light designed to point out to Pharaoh the error of his ways, to soften and subdue his heart, and to lead him to cooperate with His will. Even the heathen recognized the fact that it was Pharaoh and the Egyptians themselves who hardened their hearts, and not God (1 Sam. 6:6).

God takes no pleasure in the suffering and death of the wicked, but rather desires that all men repent and be saved (Eze. 33:11; 1 Tim. 2:4; 2 Peter 3:9), and causes His sun to shine upon the evil and the good (Matt. 5:45). But as the sun affects different materials in different ways, according to their own nature—it melts wax and hardens clay, for instance—so the influence of the Spirit of God upon the hearts of men produces different effects according to the condition of the heart. The repentant sinner allows God’s Spirit to lead him to conversion and salvation, but the impenitent hardens his heart more and more. The very same manifestation of the mercy of God leads in the case of the one to salvation and life, and in that of the other to judgment and death—to each according to his own choice.

This page is also available in: العربية (Arabic) हिन्दी (Hindi)“Follow Me, and let the dead bury their own dead” (Matthew 8:22). Jesus was responding to a request from one of…
View Answer 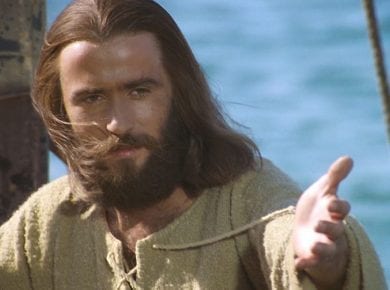 This page is also available in: العربية (Arabic) हिन्दी (Hindi)“Neither be ye called masters: for one is your Master, even Christ” (Matthew 23:10). Because the title “Mr.” is derived from…
View Answer