Elijah received a death threat from the wicked queen Jezebel which caused him in a time of weakness to run “for his life” (1 Kings 19:3). When the nation of Israel forsook the Lord and worshiped Baal udder king Ahab and his wicked wife Jezebel, the result was that they lost God’s protection and experienced three years of drought. So, Elijah rebuked all the people on Mt. Carmel saying, “How long will you falter between two opinions? If the LORD is God, follow Him; but if Baal, follow him…” And he gave them the ultimate test, “give us two bulls. but put no fire under it… and the God who answers by fire, He is God” (1 kings 18:20-24). And all the people agreed and said, “It is well spoken” (v. 24).

The issue at stake was, who was God, Jehovah or Baal? If Baal was what the pagan priests claimed him to be, then let him demonstrate that fact by bringing forth fire from heaven. If he has, indeed, the power of the rain and the storm, let him send forth his lightning bolts. Even the priests of Baal could not deny the fairness of the offer made.

In answer to Elijah’s prayer, the Lord sent a great fire from heaven and consumed his offering before all the people. After that revelation of the true God, Elijah asked the people to seize all the false Baal prophets that caused them to backslide and they were all killed that day (1 kings 18:40). But when queen Jezebel heard of the death of her pagan priests, she send a message of death threat to Elijah.

Instead of reminding Jezebel that the God who had given him victory over the prophets of Baal would not forsake him now, Elijah escaped. By fleeing for his life, Elijah played into the hands of the enemy. Feeling so weary and fatigued, he “prayed that he might die” (1 kings 19:4). But the Lord, in mercy, sent His angel to encourage the prophet’s spirit. Then, Elijah set out on a forty-day journey to Mount Horeb to meet with the Lord (1 Kings 19:6–8).

There, the Lord asked Elijah why he ran away to a far place. Elijah’s replied: “The Israelites have rejected your covenant, torn down your altars, and put your prophets to death with the sword. I am the only one left, and now they are trying to kill me too” (v. 10). But the Lord comforted him saying, “Yet I will leave seven thousand in Israel, all the knees that have not bowed to Baal, and every mouth that has not kissed him” (1 Kings 19:18).

And the Lord further appointed three other godly men that would help fight the tide of evil and idolatry in the nation. Elijah was to anoint Hazael as king over Syria (1 Kings 19:15), Jehu as king of Israel (verse 16), and Elisha as the prophet to take his place (verse 16). A work of judgment was to take place in Israel, and Hazael and Jehu were the instruments chosen to perform this work while Elisha would use the words of the Lord as a sword (1 Kings 19:17). 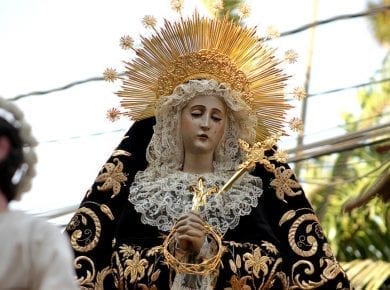 This page is also available in: हिन्दी (Hindi)The blessed Mary was a godly pure woman and the channel for Christ’s birth, yet nowhere in the New Testament are any prayers…
View Answer 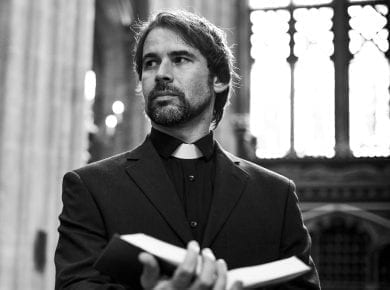 This page is also available in: हिन्दी (Hindi)Does the Bible recommend a bishop, elder or pastor for marriage? There has been two schools of thought in the Catholic system the…
View Answer