The story of Balaam and the talking donkey is found in Numbers 22.  Balaam was at one point a good prophet, but he had a strong love for money. And this weakness proved to be his stumbling block. The people of Israel were close to finally entering the promised land, and they were near the borders of a country whose king was Balak.

When Balak saw the host of Israel, he was afraid and sent for Balaam, a known prophet at the time, to come and curse the Israelites. Balak had heard of the effectiveness of Balaam’s powers. But Balaam knew that the Israelites were God’s people, and he also knew that he could not curse them. Instead of saying no to King Balak’s offer, he hesitated because of the rich gifts and promises of wealth.

And Balaam went contrary to God’s will in going to Balak, and on the way, as Balaam was riding his donkey, it kept on going off the road, or stopping, thus disobeying Balaam, who was in a hurry. Balaam as a result beat his donkey mercilessly, and finally, God allowed the donkey to speak to Balaam saying “What have I done unto thee, that thou hast smitten me these three times?” Then God opened Balaam’s eyes and showed him the angel standing in the way that the donkey was trying to avoid. Greed blinded the eyes of Balaam that he could not see what the donkey was seeing.

In v. 20 the Lord allowed him to go to king Balak. This was merely a permissive directive, based not on God’s will but on Balaam’s self-will. And the angel told Balaam that he will have no control on what he pronounces on Israel, but that the Lord will put words in his mouth. And this is what happened, instead of cursing the Israelites, although he wanted to, he could only utter blessings.

When a man is rebellious at heart God may permit him to follow his desires and suffer the consequences (Ps. 81:11, 12; Hosea 4:17). Balaam is an example of a prophet who uses his calling for evil and tries to make a profit out of his divine gift.

In His service,
BibleAsk team 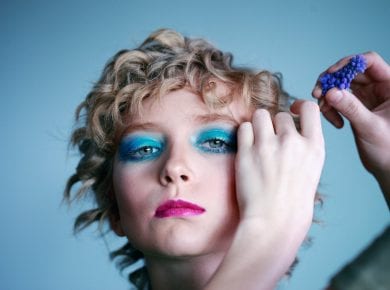