TMZ posted a video recently of Robertson in an anti-gay sermon at Pennsylvania’s Berean Bible Church’s Wild Game Supper in 2010. In the video, the Duck Commander was talking about sexual deviants and the lack of morality in America.

“First they say, ‘There is no God. Get him out of your mind,'” he said. “Then they bow down to birds, animals and reptiles, and each other. And the first thing you see coming out of them is gross sexual immorality. They will dishonor their bodies with one another, degrade each other. Uh, is that going on in the United States of America? Look around. God’s not there… And boy is there some immorality going on around here. Does it get worse?”

“Women with women, men with men, they committed indecent acts with one another, and they received in themselves the due penalty for their perversions,” Robertson continued. “They’re full of murder, envy, strife, hatred. They are insolent, arrogant, God-haters. They are heartless, they are faithless, they are senseless, they are ruthless. They invent ways of doing evil. That’s what you have 235 years, roughly, after your forefathers founded the country. So what are you gonna do Pennsylvania? Just run with them? You’re doing to die. Don’t forget that.”

In GQ, Phil said similar statements when he said homosexuality is a sin and likened it to bestiality. But he added that as a Christian he does not judge.

“We never, ever judge someone on who’s going to heaven, hell,” Robertson told the magazine. “That’s the Almighty’s job. We just love ’em, give ’em the good news about Jesus—whether they’re homosexuals, drunks, terrorists. We let God sort ’em out later, you see what I’m saying?”

After the controversy that his remarks raised, A&E suspended Robertson “indefinitely” from the reality series -Duck Dynasty- due to his comments about the lesbian, gay, bisexual, transgender (LGBT) community.

Whatever happened to the freedom of speech?

The First Amendment allows citizens to express and to be exposed to a wide range of opinions and views. It was intended to ensure a free exchange of ideas even if the ideas are unpopular.

Under the  first amendments provisions, the media — including television, radio and the Internet — is free to distribute a wide range of news, facts, opinions and pictures. The amendment protects not only the speaker but also the person who receives the information. The right to read, hear, see and obtain different points of view is a First Amendment right as well.

Phil has the right to say what he believes. And every true America that opposes him should be able to say to him “I do not agree with what you have to say, but I’ll defend to the death your right to say it.” – Voltaire

It’s good to see that A&E has decided to continue the show with Phil Robertson, but its sad that they actually had second thoughts about it.

The other day I was shown an article on a survey of opinions regarding infanticide on college campuses. The article described that it was not uncommon to find people who…
View Post 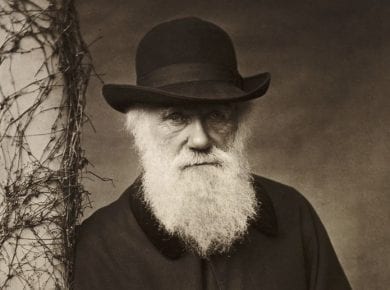 Charles Darwin, when studying the amazing complexity of the human eye,  admitted, “To suppose, that the eye with all its inimitable contrivances … could have been formed by natural selection,…
View Post