The the narrative of the rich man and Lazarus in Luke 16:19-31, doesn’t teach eternal hell. It is only a parable used to stress a particular lesson. Many facts make it clear that this is only a parable. Here are a few:

If we took parables literally, then we must believe that trees talk (Judges 9:8-15). This parable cannot be used to teach that people who die before the last judgment day at the end of the world will go straight to heaven because Jesus declared, that judgment takes place only at the last day. “The word that I have spoken, the same shall judge him in the last day” (John 12:24).

So, what’s the lesson taught in this parable? The rich man was a symbol of the Jewish nation, feasting on the Scriptures while the beggar at the gate represented the Gentiles, who were starving for God’s Word. Jesus concluded the parable with the observation that “If they hear not Moses and the prophets, neither will they be persuaded, though one rose from the dead” (Luke 16:31). And, when Jesus did later raise a man named Lazarus from the dead, most of the Jewish leaders still chose not to believe in Him (John 12:9-11). Jesus was reaching out for the Jewish religious leaders who had all the light in the scriptures yet they still rejected Him. 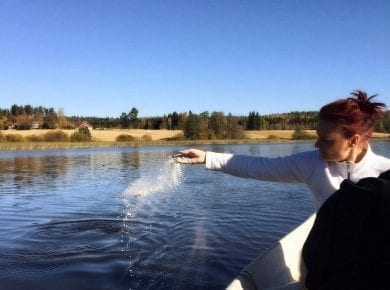 This page is also available in: हिन्दी (Hindi)Cremation was not practiced by the Old or New Testament believers. In the Bible days, it was the custom to bury the dead…
View Answer

This page is also available in: हिन्दी (Hindi)The Bible teaches that when people die, they sleep in their graves till the Resurrection Day (Psalm 13:3; Daniel 12:2; Acts 7:60; Job…
View Answer