“I know and am convinced by the Lord Jesus that there is nothing unclean of itself; but to him who considers anything to be unclean, to him it is unclean.” (Romans 14:14).

Paul is not speaking here about the unclean foods given in Leviticus 11. And the issue is not about clean or unclean meats. The context of Romans 14 shows that Paul was talking about a judgmental spirit among the believers (Jews and Gentiles) who were judging each other for eating foods sacrificed to idols (v. 4, 10 and 13). “Therefore let us not judge one another anymore, but rather resolve this, not to put a stumbling block or a cause to fall in our brother’s way” (Romans 14:13).

The “weak” Christian (v. 1) believes he should not eat foods offered to idols and makes it a matter of conscience to abstain from such foods. So long as he holds this conviction, it would be wrong for him to eat such foods. He may be wrong, judged from another person’s point of view, but it would not be proper for him to go against his beliefs (v. 23).

And the weak brother is troubled in conscience by seeing more experienced believers indulging in what he considers sinful. This confusion may be a stumbling block for him, “For if anyone sees you who have knowledge eating in an idol’s temple, will not the conscience of him who is weak be emboldened to eat those things offered to idols? And because of your knowledge shall the weak brother perish, for whom Christ died?  But when you thus sin against the brethren, and wound their weak conscience, you sin against Christ.” (1 Cor. 8:10–12).

So, believers who are strong in faith will, out of love, be considerate of the feelings and consciences of their weaker brethren, and will exercise loving care to avoid offending or confusing them. While in matters of conscience no man is accountable to another, nevertheless all Christians are responsible for one another’s welfare. And though a Christian is free from all legalistic views, yet love for others will not allow any use of this freedom that might harm a fellow believer who is “weak in the faith” (Rom. 14:1). 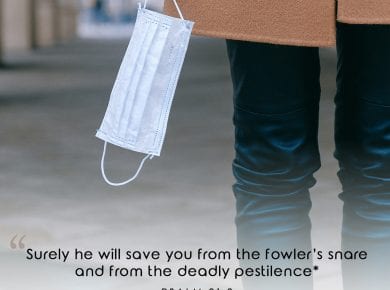 Table of Contents Fear NotThe Bible and Disease PreventionGod’s Promises of DeliveranceConditions of PromisesTrue peaceBe HappyClosing Thoughts This answer is also available in: العربية हिन्दीIn the midst of the state…
View Answer 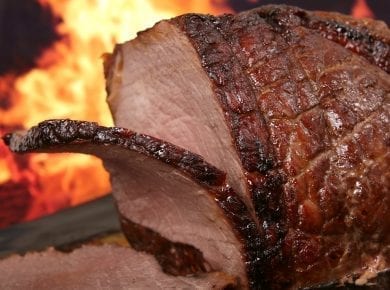 This answer is also available in: العربية हिन्दी“Not what goes into the mouth defiles a man; but what comes out of the mouth, this defiles a man” (Matthew 15:11). The…
View Answer